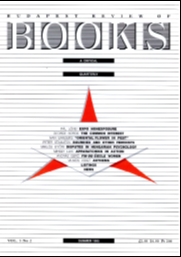 Summary/Abstract: The idea of a Budapest Expo was first raised in 1981; a year later, plans were being laid to make it one of the major events of the celebration of Hungary’s eleventh centennial, scheduled at that time for 1995. The Austrian proposal that Vienna join Budapest in hosting the Expo came in 1985. “Bridges to the Future” was to be the theme of the event. In keeping with the spirit of cooperation that was the hallmark of Austro-Hungarian relations in the 1970s and ’80s, it was to focus on the opportunities— and the need—for rapprochement, and on the new avenues of East-West cooperation.