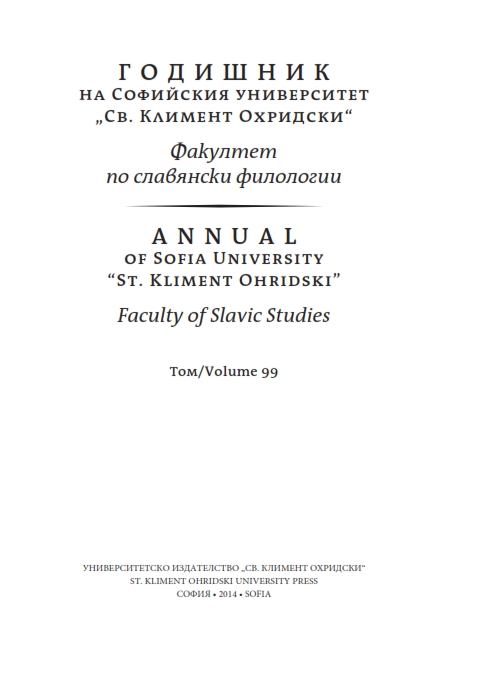 Summary/Abstract: The study is devoted to the visual representation of Bulgaria and Bulgarians in the book “Die heutige Türkei/Modern Turkey”, published in 1878 and republished the following year. For the most part the illustrations are selections of the already existing figures, published in various editions (portrait and) landscape of Bulgarians and their country. Described is the presence or absence of illustrative (literally) relationship between the lithography and the text itself, the purposely or random arrangement of the pictures in specific locations of the narrative. Attention is paid to the consistency in the introduction – first the people, and then the places, while in the latter two groups of villages can be distinguished: near the Danube and others, while from the first ones four are presented (Vidin, Ruse, Svishtov, Silistra), and from the other only two (Varna and Shumen). An attempt is made to describe the mechanism of constructing a hypothetical overall visual image of the Bulgarians and Bulgaria in the book.