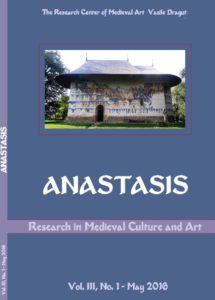 Summary/Abstract: The pentagram is a symbol present in most of the worldcultures.It is a symbol of the human being in action, a quintessence of theuniversal principles, but also a symbol of the evolution, of the becoming,of life after all.This symbol must be regarded in relationship with another fundamentalsymbol: the cross, but not a cross of the crucifixion, rather a cross of theResurrection, as a fundamental structure of the universe.The use of pentagram in modern times must be interpreted under theaspect of its symbolic force, perpetuated in time. The possibleinterpretations must start from its fundamental meanings, defined in time.