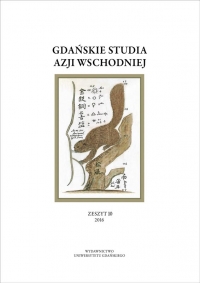 Summary/Abstract: The aim of the article is to present the different stages of development of the Chinese economy and its links to the global economy. In the history of the pre-communist Chinese socioeconomic development (before 1st October 1949) we can distinguish two stages. The first stage covers time from 221 r. BC to the beginning of the 19th century AD, when China’s economy based on agriculture and pursued policies focused on military expansion. The second stage lasted since the industrial revolution began in Europe till the proclamation of the People’s Republic of China in 1949. In terms of international economic relations development, economic history can be divided into two stages: before trade intensification with Europe – to the 15th century AD and during the intensive development of relations with European countries since the 15th century to the proclamation of the PRC.