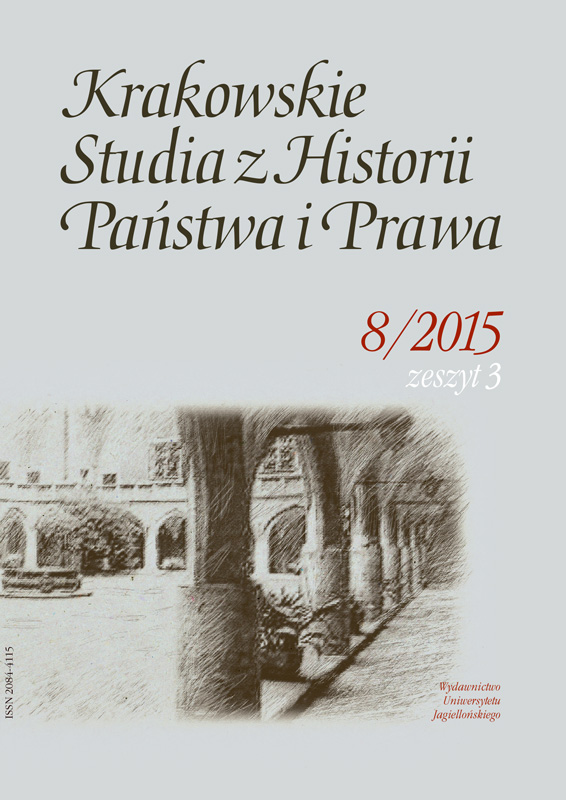 „Nauka prawa […] stała się nieuchronnie potrzebną nie tylko przez swą użyteczność, lecz obowiązki, jakie nas łączą w obywatelskim stanie”1. O tradycji i nowoczesności w nauczaniu prawa w Księstwie Warszawskim i Królestwie Polskim (1807–1830)
„The Teaching of Law […] Inevitably became Necessary not only for Its Utility, but for the Obligations that Bind us Together in a Civil State”. Tradition and Modernity in the Teaching of Law in the Duchy of Warsaw and the Polish Kingdom (1807–1830)

Summary/Abstract: The teaching of law in the Duchy of Warsaw (1807–1815) and the Kingdom of Poland (1815–1832) was due to the implementation of requirements concerning new judicial and administrative posts. Law education was now obligatory, in contrast to the Republic of Nobles (XVI–XVIII cent.). That is why the new law schools were established: the School of Law and Administration in the Duchy of Warsaw, and the Law and Administration Faculty of the Warsaw University in the Kingdom of Poland. The new social stratification and the establishment of a social class of the intelligentsia were in progress, and judicial posts were now open to persons of non-noble origin. The School of Law and Administration created its own modern program for the teaching of law. In addition to the theory of law, the new program also implemented the elements of general knowledge, as well as law education, known from the Republic of Nobles: the basis of all active citizenship. These components were creating a new understanding of the terms “state” and “nation".