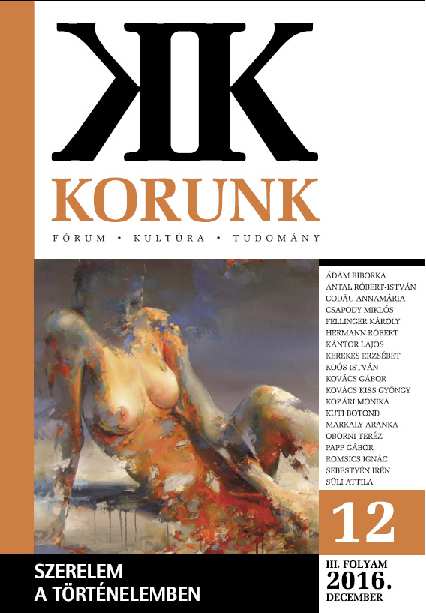 Summary/Abstract: Count Gyula Andrássy and Queen Elisabeth have first met on the 8th of January in 1866, at the Burg, when the Hungarian delegation visited Vienna to honour Elisabeth. Their friendly relationship was established by the work they have done that year to achieve the compromise between Austria and Hungary.Both Elisabeth and Andrássy were well-known people of their time, so they knew a few things about each other before they met. Two fitting, smart and nice-looking people got together. Based on their letters, it is clear that Andrássy had loved Elisabeth, but it isn’t known if their relationship was a fulfilled romance, or just Platonic love. This knowledge was very much desired by their peers at the time, and people are still keen to know the truth. After a while, love or lust has become friendship. According to the daughter of Elisabeth, after the death of Andrássy, the queen was mourning her only true friend. Their relationship had an impact on politics from the beginning.

A külfölddel kötendő kereskedelmi és vámegyezmények a magyar minisztertanács előtt (1876-1878) Commercial and Tolling Agreements concluded with Foreign Countries before the Hungarian Cabinet (1876-1878) 0 A Magyarországi Munkások Rokkant- és Nyugdíjegyesülete Disability and Retirement Association of the Hungarian Workers 0 Tisza Kálmán a parlamenti felelős kormány és a megye viszonyáról Kálmán Tisza about the Relationship between the County and the Government Responsible to the Parliament 0 Budapest székesfőváros nyugdíjszabályzata a századfordulón Pension Policy of Budapest at the Turn of the Century 0 A katonák nyugdíja az Osztrák-Magyar Monarchiában - a magyar törvények alapján Pension of the Soldiers in the Austro-Hungarian Monarchy - on the Basis of the Hungarian Laws 0
2021 © CEEOL. ALL Rights Reserved. Privacy Policy | Terms & Conditions of use
ICB - InterConsult Bulgaria ver.1.5.2414