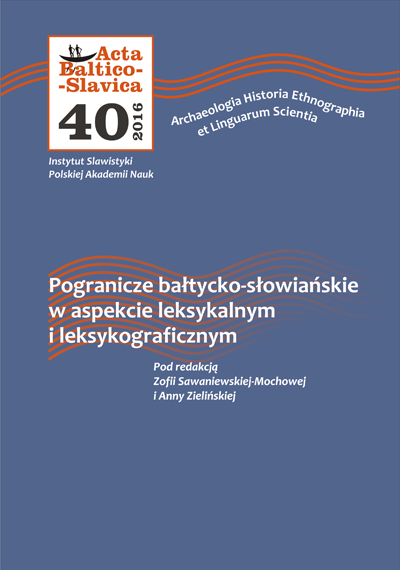 Summary/Abstract: This article deals with the development of the Electronic Historical Latvian Dictionary (http://www.tezaurs.lv/lvvv) based on the Corpus of Early Written Latvian Texts (http://www.korpuss.lv/senie/). Some issues concerning the compilation and processing of the corpus data are discussed and the main sources added to the Corpus during the four-year project are described: the 16th c. Lord’s Prayers, 17th c. dictionaries, texts of oaths and laws, religious texts and so-called dedication poetry. The aim of the project is to compile a pilot electronic dictionary of 16th–17th century Latvian where all parts of speech are represented among the entries. This dictionary will contain ca. 1,200 entries,including both proper names and common nouns.The main emphasis is on the description of the dictionary entries supplied with relevant practical and theoretical observations. Each part of the dictionary entry is discussed, followed by comments on various issues pertaining to that part(e.g., the choice of headword and the representation of spelling versions) and how these were resolved. Special attention is paid to the head of entry, explanation of meaning deduced from the examples found in the corpus, different types of collocations and their representation in the dictionary, as well as etymological information. Finally we present a brief review of the dictionary writing software TLex 2013 based on our experience with this tool.