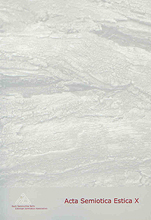 Summary/Abstract: The main text that the article focuses on is Paul-Eerik Rummo's poem "The Songs of Hamlet", published in 1964 in the collection "Tule ikka mu rõõmude juurde" ("Always Come to My Joys"). Hamlet has been a very important and influencial motif in Estonian literature and culture. There is an explicit reference to the tragedy "Hamlet" in Rummo's poem "The Songs of Hamlet". The first strophe of the poem establishes a dangerous and threatening atmosphere: nature creates a tangible feeling of fear. The atmosphere is quite similar to the atmosphere of Shakespeare's play. The second part of the song sounds like an answer to Shakespeare’s protagonist Hamlet. Although the text was written at the beginning of the 1960s, it sounds like a hippie poem from a bit later in western Europe and the USA. The last strophe intensifies the idea of anti-violence or anti-war. The composer Veljo Tormis wrote the choral work "The Songs of Hamlet" in 1964 (II part) and 1965 (I part). Tormis has explained that he used the principle of two choruses: one chorus expresses nature as a background element and the other chorus expresses Hamlet’s thoughts. Tormis's music and Rummo's text express a dialogue between nature and the human being, and the song is an intersemiotic translation of the verbal text into the language of music. Rummo's poem also points to other Shakespeare performances in Estonia, and "The Songs of Hamlet" alludes to older texts of Estonian literature and culture, e.g. Gustav Suits’ poem entitled "The Prologue of Hamlet" in 1913. The latter contains seven poems, and each poem has its own unique structure, but all of the strophes contain three lines displaying Dante’s terza rima from Divina Commedia (1472). There are also intertextual relations between Rummo’s poem and Russian literature, e.g. Boris Pasternak’s novel "Doctor Zhivago", because there is a similar political and historical background in Estonia and Russia or other East-European countries, and Hamlet means a fight against the totalitarian system.