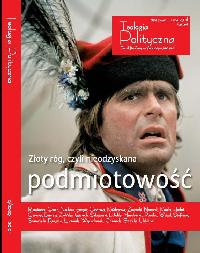 Summary/Abstract: After World War II Poland was on the outskirts of totalitarianism. The system’s ideologists tried to present it as real and obvious, good and morally justified as well as being freely chosen by the people. This apparent lie showed the true meaning of communism throughout the years – as a system based on coercion and enslavement, moral evil and fear. Confronting communism with the truth resulted in the feeling of unreality. For Poles, religion became one of the few spheres of life which helped them endure the experiencing of transcendental Good and Evil.