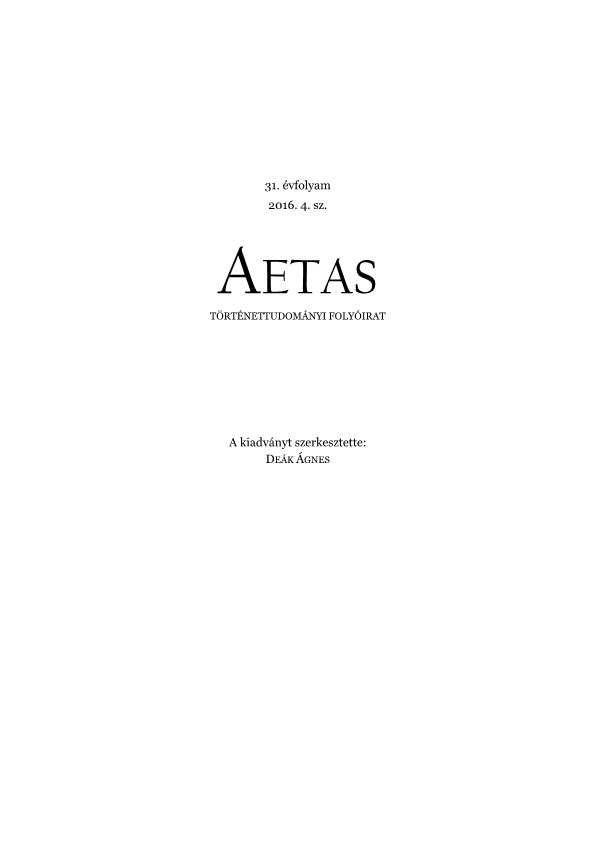 Summary/Abstract: Ferenc Eckhart’s programmatic treatise on legal history became the most controversial and most widely debated piece in the volume edited by Bálint Hóman entitled A magyar történetírás új útjai. The views of Eckhart, who proposed the intellectual and social historical rewriting of legal history, were followed with great attention in the parliament, in editorials and by the community of historians as well. In my paper, I present the contemporary reactions and assess them from a historiographical viewpoint. The discourse is a good opportunity to explore the views on history of the persons participating in the debate, which also enables us to interpret/assess Ferenc Eckhart’s legal historical program. The most important questions in the “Eckhart debate” were related to the application of the historical perspective, the nature of the European context, the definition of intellectual history and the relationship between social and legal history. Those lawyers, politicians and journalist who launched the fiercest attack on Eckhart’s legal historical program (for example, Móric Tomcsányi, Kálmán Molnár, Miklós Nagy) considered an intellectual historical reinterpretation of the specifically Hungarian, and in their opinion timeless, genius of public law unacceptable. Looking at their arguments, it is mostly on the basis of their essentialist concept of history that they can be classified into the same group. As opposed to them, the legal historian who found himself in the focus of the debates was absolutely progressive with his intellectual and social historical experimentation, in which it was Elemér Mályusz who supported him the most. Published at the end of the paper in an appendix, their letters from the time of the debate also attest a close professional and personal relationship between Mályusz and Eckhart.