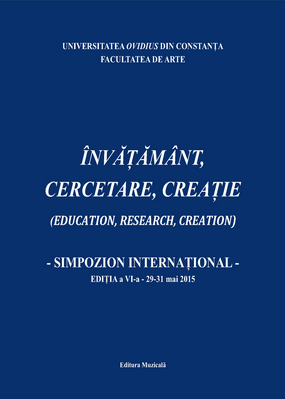 Summary/Abstract: What today we call works of art have been used once as objects in current use, whether in the religious rituals, either in the daily life. With time, however, these works of art is no longer tied to a utility immediately, and artistic creation becomes a part of stand-alone social activity. Through its genesis, structure and its functions, by its institutionalized forms by a variety of genres and forms under which manifest themselves, by ongoing exchanges on which it has with the company and the nature, art, as a means of reflection through the images and processing of social reality, set up a self-contained field or related within the sphere of culture.Never have we seen a indifference to sociological problem of the art. Don't be such a big surprise to us that this trend was more pronounced in contemporary era. This means that the social factor of art became more pronounced in the 20th century-th both descriptive value, as well as the normative.