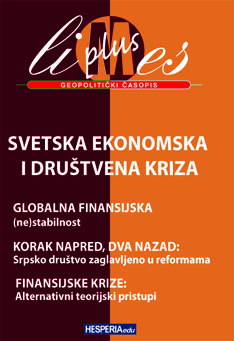 Summary/Abstract: Financialization is certainly one of the most significant aspects of financial systems’ evolution since the beginning of the post War period. Interestingly, while the start of the process can be identified as early as the 1980s, a majority of economists seemed to recognize its importance only after the onset of the 2007- 2008 financial crisis. The current and still unfolding crisis unveiled some of financialization’s features (eg: securitization – CDO, CDS, shadow banking) and some of its related impacts on inequalities, instability and investments (Orhangazi 2008, Onaran, Stockhammer et al. 2011, Hein 2012, Palley 2013). The roles of securitization, shadow banking and financial complexity in the 2008 financial crisis are now common knowledge. A broader understanding of financialization and its socio-economic impact is, however, still under examination. While it may be argued that many economists have been at least „blind” to this phenomenon, post-Keynesian scholars have long discussed this issue and continue to largely contribute to the debate. Among them, Minsky argued in the early 1990s (Minsky 1990), (Minsky 1992) that capitalist economies evolve through various stages, the then stage (in the US) being that of „money manager capitalism”, which corresponds to what we currently call „financialization”. Minsky believed it had emerged in the early 1980s (Zalewski and Whalen 2010) and argued that it would increase the inherent instable nature of capitalist economies. On this point as on several others, history has shown that Minsky was rather prescient, and certainly ahead of his time with economic analysis. A closer look at his proposals remains crucial to understand today’s situation. Reference is often made to Minsky’s claim that financial systems are inherently unstable. To a lesser extent, and rather recently, defining financialization in reference to his capitalist stage approach has also developed. The link between these two components of his analysis is, however, rarely presented. This is what we aim to do in this paper. We argue that understanding financialization and its relation to Minsky’s financial instability hypothesis requires a closer look at Minsky’s institutional approach. In addition, the recent path of capitalism has been associating financial liberalization and international financial integration to financialization. We believe that these three aspects are interrelated and need to be considered jointly, as the features of a „fifth” stage of capitalist economies, prone to crises and „sluggish” economic development.