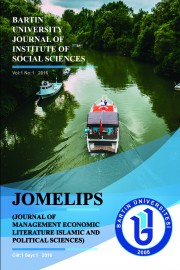 Summary/Abstract: Culture, therefore is the diversity and variability of items that constitute itself, in essence to reveal what seems to be a concept quite difficult. Today, however, cultural issues that may be encountered, again puts in front the issue of culture is what. The most important philosopher of the philosophy of culture in the century of 20. is Ernst Cassirer, wrote books focusing in this issue. Cassirer pointed out the necessity of a functional description, instead of a substantial description which covering different elements of culture, the philosophers made before him. For Cassirer, the issue of what culture is primarily based to understand of what is human. Hence Cassirer explains what is human first. According to Cassirer, human has an inherent symbolic system different from the animal. Human gives symbolic responses to stimulants which received from the nature. Cassirer explains all of the items of culture with human’s symbolic system and he evaluates culture as a harmonious unity despite the variability and diversity of culture. Cassirer’s views on the philosophy of culture analyzed and evaluated in this article and his views contribution to the solution of the problems of philosophy of culture has been questioned.