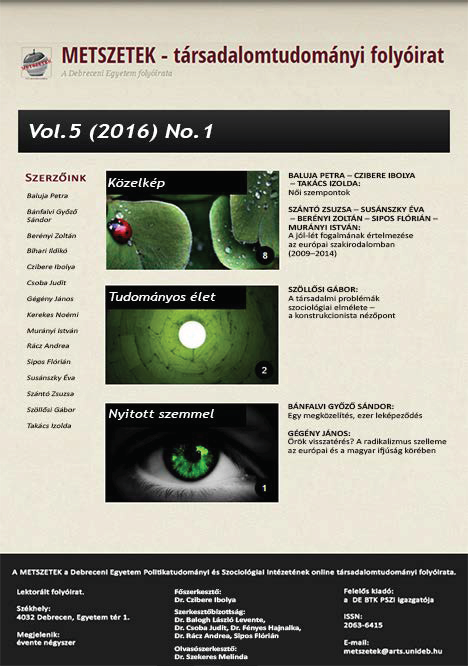 Summary/Abstract: While measurements of well-being regularly appear in social and psychological studies, there is no consensus on the components of holistic well-being. In the present study, we present the results of a systematic review of the definition and usage of the concept of well-being in contemporary European literature. The study is based on the joint efforts of researchers who participated in the MYWeB FP7 research project of the European Union. To identify how wellbeing is conceptualized in the European social science literature, we employed a systematic review of literature in key electronic databases: EBSCO, Sociological Abstracts, ERIC, MEDLINE, Ovid, Web of Science, and local academic databases in the eleven participating countries. The examination of the notion of well-being in these papers revealed six domains and their corresponding indicators used by authors for the construction of the concept. In the reviewed documents well-being emerged as a predominantly psychological concept with strong cognitive, health-related, behavioural, and social aspects. Our conclusion is that in examining well-being, researchers should focus more on the social and communicative aspects of the concept and dedicate more effort to the exploration of its embeddedness into the institutional environment and the information society.