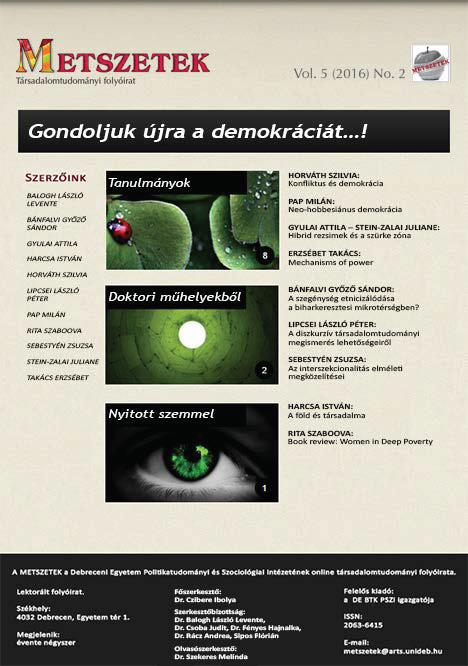 The Theory of Modus Vivendi and Democratic Legitimacy

Summary/Abstract: In political theory, the criticism of Rawlsian constructivist liberalism has been articulated in theories of political realism. John Gray, one of the promoters of realist liberalism, recommends a neo-Hobbesian way of social coexistence which is based on the conflictual and antagonistic idea of political life. It takes social values and forms of life as incommensurable in modern multicultural societies. Taking value-pluralism and its conflicts seriously, a theory of modus vivendi has been articulated among realist political thinkers. Being a post-liberal (or post-Enlightenment) theory, modus vivendi is more a practice oriented and open-ended theory than philosophical constructions based on high morality. Modus vivendi theorists make an emphasis on the peaceful co-existence of social groups and a moral minimum of the political society. One of the deficiency of the theory is that it says not much about democracy, though it would be highly useful according to two contextual considerations.On the one hand, a modern political system would be impossible or outrageous without any form of democratic legitimacy. On the other hand, there is an exhaustion of the liberal project(s) and the societies featured by multicultural prosperity. Besides constitutional protection, defending democracy in this new context means balancing between cultural and other value-oriented groups in modern societies. In my paper, I make an attempt to examine the concept of democracy in the light of modus vivendi theory.