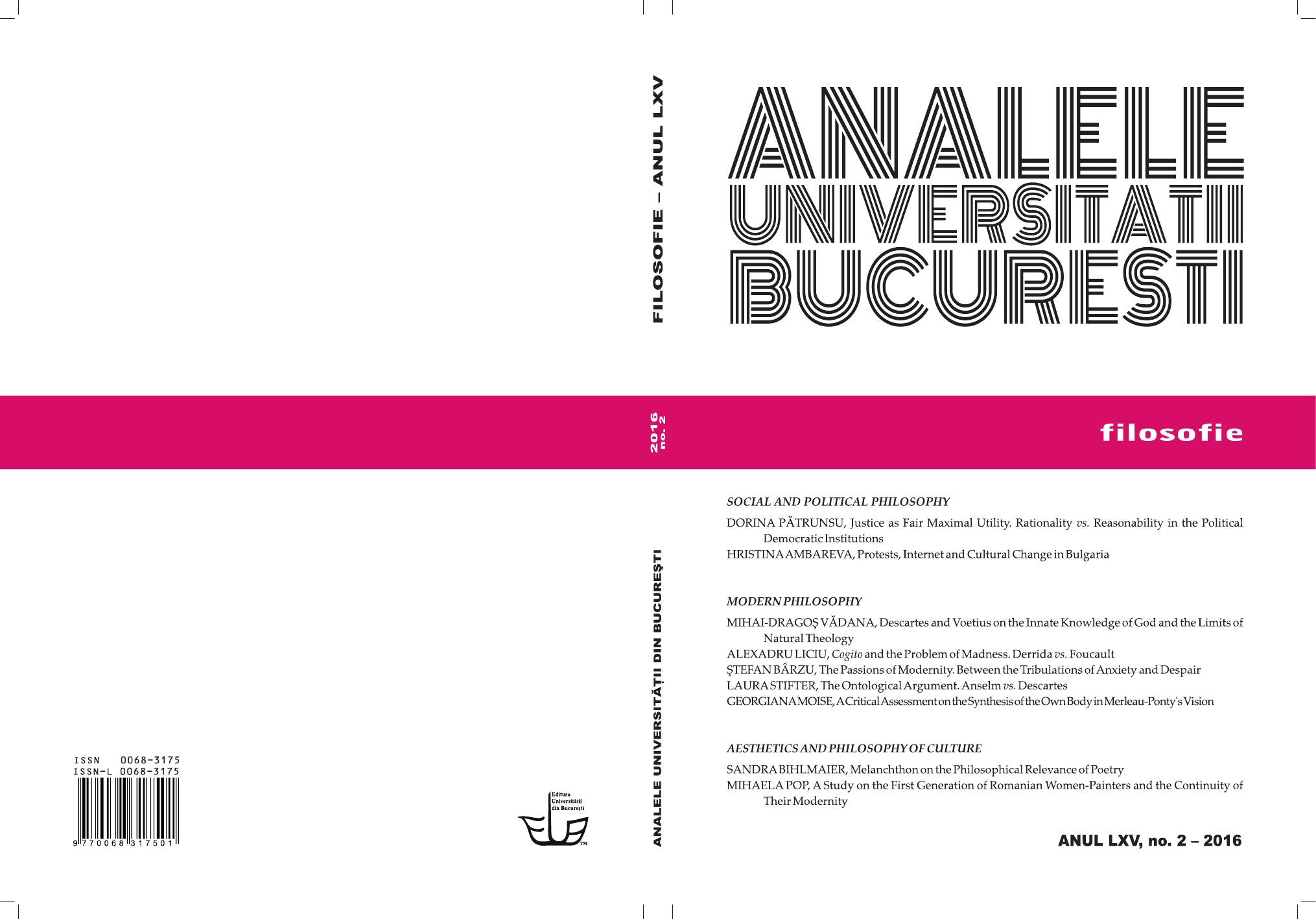 Summary/Abstract: The present article represents an attempt to argue in the favor of the thesis that, in the First Meditation, in the fragment where the problem of madness is spoken of, Descartes’ view aims to exclude the possibility that the knowing subject, the Cogito, could be insane, and not only to avoid the problem of madness because of various reasons or to replace the madness-example with a dreaming-example. In other words, this research aims to expose and to argue for Michel Foucault’s point of view regarding the Cartesian problem of madness, and also to argue against Jacques Derrida’s view on the same issue. More broadly speaking, beyond the highlight of a possible different approach to Descartes’ text or the analysis of the Derrida-Foucault controversy, the main aim of this article is to emphasize a problem maybe less discussed of the act of knowing:beyond the proper usage of a wrong method, the misusage of a correct method or the poor practice of some spiritual exercises, the errors in the act of knowledge could as well follow from a deficiency in the knowing subject itself.