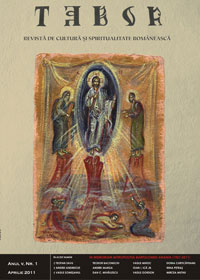 Summary/Abstract: As a writer of the first rank, Valeriu Anania is the author of highly eloquent pages that record his own overwhelming and antinomic personality traits: his defiance and obedience, always following an adapted estimation of the existence; the vanity of his actions, at least national, if not cosmic, and the modesty of his daily behavior; his impetuous exuberance and his reluctance; his need for the others and his fascination for solitude, his asceticism as inner discipline and his fall into temptation resume his need for an equilibrium of the opposites into the very core of his existence. As a highly social and political person, his personality as an artist is concentrated on the effect - he owns the authorship of his Work and he is aware of his ability to live traces by means of interceding. His poetry finds a symphonic and euphonic solution to the fertile tension between his fascination for exodus and his nostalgia for settling down, by means of the freest of verses, and of an aphoristic and elegantly didactic discourse. The playwright and the poet are one in poematic and sapient plays. The translator of the Bible gave the Romanian language a chance to prove once more its melodic subtlety and comprehensiveness. The utmost value of his writings is to be seen in his Memoires. They can be read as an extraordinary Bildungsroman, going through ages, obstacles, tempers, and passions, with great verve and humor, and with a subtle and sharp pen; as a document of contemporary history, described under its composite, particular aspects, and referred to as general symptoms capable to outline a coherent picture of a confused century; as a travel journal written by a subtle landscape "painter" and a portraitist skilled with both pastels and aqua-forte; as an adventure story with picaresque tones, and extraordinary crayons recording an instant or a personality. His books are the consequence of an amazing equilibrium achieved by the grace of the right word.