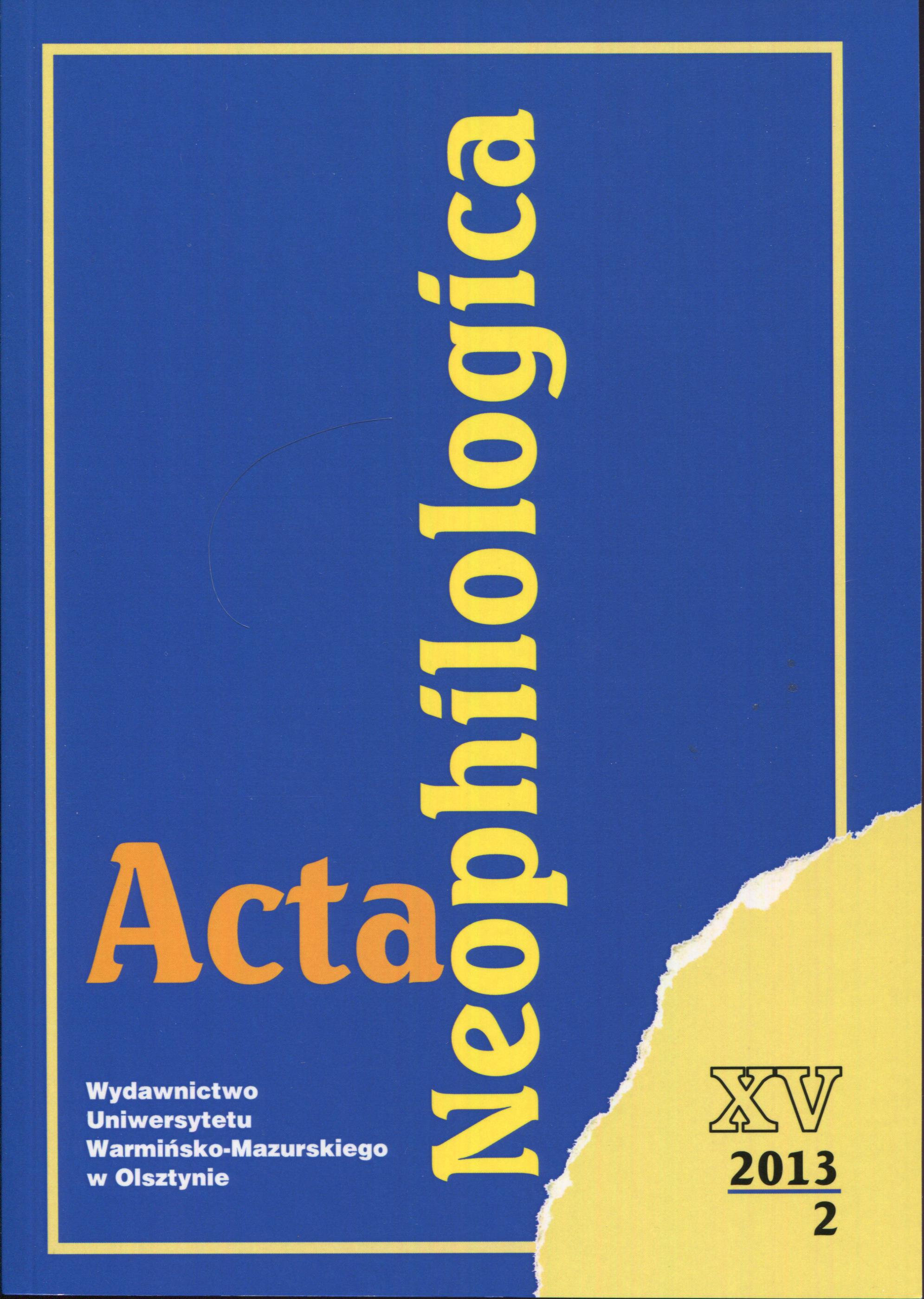 Summary/Abstract: The study focuses on Katherine Manfield’s short story entitled Psychology. A detailedanalysis and interpretation aim at clarification what is missing in the story, as while readingthe story one may feel the lack of something. The main character (“she”) has two guestswho are parallel to each other and thus the story can be divided into two parts. Thanks to thesecond visit (of her female friend) the main character regains the peace of mind, which wasruined by man’s (the first guest’s) deviating from the established code of conduct in theirrelationship. Definitely, in the text the dominating function is the phatic function of language.However, it does not work as an introduction to a conversation but it is the conversationitself. The story builds a world in which there is no real contact between the charactersand it may be interpreted as a reflection of a superfluous reading of a literary work of art. Nonetheless, the story invites the reader to the more careful reception of the literary text,paradoxically, by means of, among others, such a simple plot, a visible discrepancy betweenthe open dialogues and the utterances of “secret selves”, autothematic allusions and the lackof the diachronic dimension.