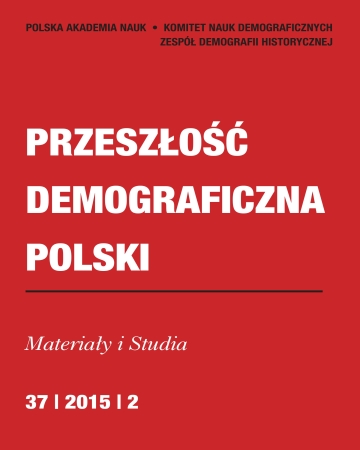 Summary/Abstract: The migrations of peasants to Polish towns, which are considered inside migrations, in the pre-industrial era were intensive and similar to the ones in the countries of Western Europe. The sources prove the existence of permanent multi-generational migration networks that ensured a better start of a new life in towns for peasants, and an input of reliable workforce for towns. The migration processes slowed down in the 18th century, which was the result of the intensification of secondary serfdom, closing of villages, an economic decline of Polish towns at the expense of the gentry and an overall economic depression. All that is clearly visible in Cracow, where all the municipal registers and a significant part of birth and death certificates have survived. It turns out that towns influenced the increase of peasant territorial and spatial mobility, generated an increase of peasants’ enterprise, helped them to differentiate towards activities not related to agriculture, and weakened the feudal relations.