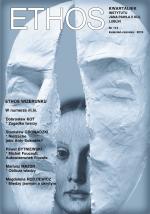 Summary/Abstract: Private and political life in ancient Rome was regulated by a set of values and standards of conduct called the custom of ancestors (mos maiorum). The knowledge we have of it is derived from examples of mythical and historical past of Rome, coming primarily from the works of historians, above all from the History of Rome by Livy. In his stories of the Sabine women, Lucretia, Veturia, and Vergina, the Roman historian sketches portraits of women which can be considered as depicting the ideal matron. In his opinion, a bona matrona in order to enjoy the rightful position of her authority, needs to be described as pudica, casta, sancta, univira, and lanifica. She also needs to wear the stola. However, the set of values described by Liy was independent of the real position of women in families and in the society, which is confi rmed by epitaphs.