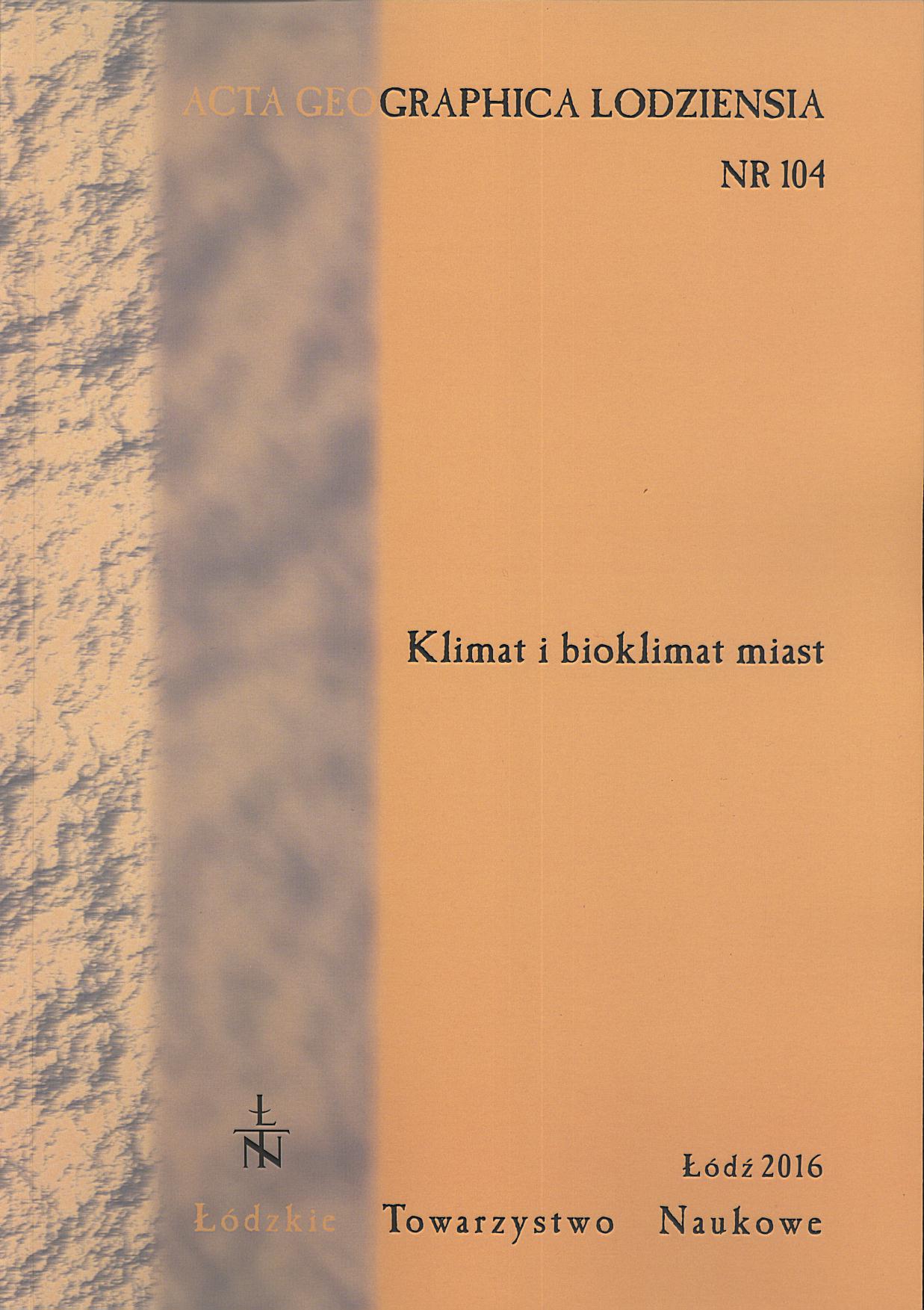 Summary/Abstract: Research into the temporal and spatial variability of the exchange of greenhouse gases (GHG) betweenthe ecosystem and the atmosphere is currently one of the most important problems of climatologyand other environmental sciences. The presence of greenhouse gases in the air determines thepersistence of the effect of global warming, and therefore affects the radiation balance of the planet.The concentrations of greenhouse gases in the air are not constant in time, and their increase observedsince the beginning of the industrial era is highlighted as one of the factors responsible for global warming.Therefore, it is of vital significance for the studies of climate and its changes to conduct themeasurements of GHG concentrations and exchanges with the greatest possible accuracy. The intensityand direction of the exchange of water vapor, carbon dioxide and methane, as well as other greenhousegases, depend on a number of factors, one of the most important of which is the type of the ecosystem(e.g. vegetation type) and the manner of its use by man. A specific place in the mosaic of theglobe’s landscapes is occupied by cities, where an equally important role, often crucial for the intensity of the greenhouse gas exchange, is played by anthropogenic processes. The aim of this study is tocompare the temporal variability of three different greenhouse gases between the center of Łódź andthe atmosphere. Although the measurements of the turbulent exchange of mass, energy and momentumhave been conducted in Łódź since 2000 (Offerle et al. 2006a, b; Pawlak et al. 2011; Fortuniak etal. 2013; Fortuniak, Pawlak 2015), the study focuses on the period from July 2013 to September 2015,when the measurement station was equipped with a sensor of methane fluctuations, and the fluxes ofwater vapor, carbon dioxide and methane were measured at the same time.The measurements of turbulent fluxes of water vapor FH2O, carbon dioxide FCO2 and methaneFCH4 were taken in the western part of the center of Łódź. A factor making it easier to take measurementsof turbulent fluxes of mass and energy in the city center is that in Łódź the buildings are relativelyuniform in height and, unlike other large cities in Poland, the city does not have a standard centralsector of tall buildings, clearly towering over the urban canopy layer. The average percentage ofartificial surfaces in this part of town reaches 62%, the remaining part being covered with vegetation.The measurements were performed using a standard measuring set consisting of an ultrasonic anemometerand a water vapor, carbon dioxide and methane fluctuation sensors. The fluxes of water vapor,carbon dioxide and methane were determined directly by definition as the covariance of the verticalwind velocity fluctuations and the concentrations of greenhouse gases. During the calculations, allnecessary procedures and corrections were applied. Using Schmid’s method, the source area of turbulentfluxes was estimated. The considerable height at which the sensors were installed resulted in alarge flux source area which, depending on the wind direction, reached a distance of 250 to 750 mfrom the measurement station.More than two years of measurements of net turbulent fluxes of water vapor, carbon dioxide andmethane carried out in the city center during the period from July 2013 to August 2015 provided informationon the temporal variability of the turbulent exchange of greenhouse gases between the surfaceand atmosphere of the city. Measurement results show, first of all, that the center of Łódź is thesource of all the three greenhouse gases in the atmosphere. Another feature indicating the similarity inthe temporal variability of the fluxes is their annual courses. It should be emphasized that the maximaof the water vapor, carbon dioxide and methane net exchange is observed during different seasons.Other features, such as diurnal and especially weekly variations, show differences (one daily maximumof FH2O in comparison with FCO2 and FCH4, different scale of differences in fluxes registeredduring days of the week, from significant for FCO2, to the lack for FH2O).