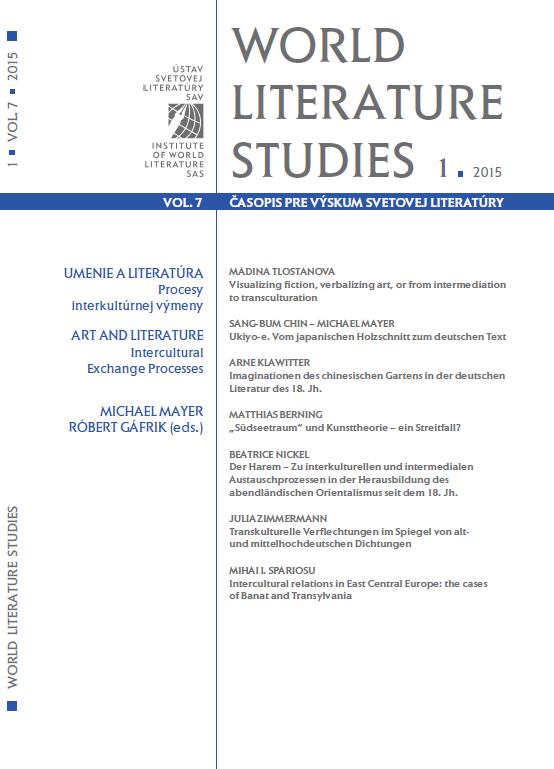 Summary/Abstract: During the 17th century, orientalism entered the domain of European literature and art; and in the Age of Enlightenment, many literary texts and paintings dealt with orientalist motifs such as the harem. This tendency was intensified in the course of the 19th century, especially in France, which intended to colonize the Maghreb. Colonialism was also reflected and often glorified in contemporary literature and art. In Femmes d’Alger dans leur appartement (1834/1849), Eugène Delacroix familiarized the French with the concept of the Algerian harem. In 1954–1955 and therefore shortly after the outbreak of the Algerian War of Independence, Delacroix’s painting served Pablo Picasso as a model for a series of paintings and lithographs. And in 1980, Assia Djebar transferred these pictorial representations of the Algerian harem into the verbal code in her collection of short stories entitled Femmes d’Alger dans leur appartement. In the epilogue of this collection, Djebar commented on Delacroix’s and Picasso’s vision of the Arab women in order to draw attention to the actual situation of her female compatriots. For this reason, her intermedial transfer and her interpretations of Delacroix’s and Picasso’s paintings are not impartial.