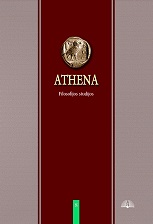 Summary/Abstract: This paper examines the cinematic timescapes of Šarūnas Bartas and the way they are produced in the films Trys dienos (Three Days 1991), Koridorius (Corridor 1995), Septyni nematomi žmonės (Seven Invisible Men 2005) and Eurazijos aborigenas (Eastern Drift 2010). These films reflect upon the traumatic past and reveal the socio-cultural and ideological environment that influences the historical shifts of the national identity (especially during the Soviet occupation / colonization and after the 1990s). The theoretical framework of the analysis is based on Ackbar Abbas’ concept of the culture of disappearance and Gilles Deleuze’s notions of deterritorialization, reterritorialization and cinematic time as well as Svetlana Boym’s nostalgia. In his work, Bartas consistently develops a discourse of post-Soviet traumatic memory and reveals how these Soviet apparitions haunt and affect the society, especially an individual’s perception of time and his / her own identity. This complicated relation to the past and inability to break the frozen time conditions their marginal existence in the spheres of beyond. In Bartas’ films, the post-Soviet space is projected as a locus of mental, physical and social dramatic encounters, which is strongly affected by the processes of deterritorialization and reterritorialization. These films implicitly signal the necessity to open the new dimensions of time and to close the „holes“ of historical memory in order to heal the traumas and build a bridging dialogue between the East and the West, the yesterday and today.