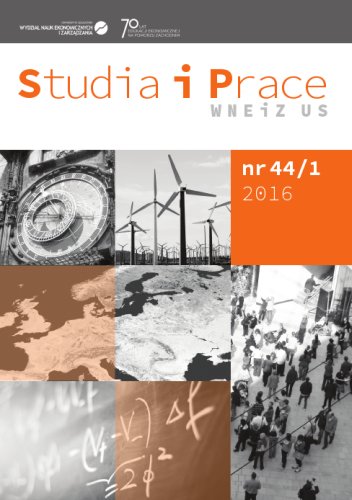 Summary/Abstract: The aim of the paper is to identify the problems of the importance of human capital in socio-economic development of countries in the world. Attention has been focused primarily on those models of economic growth, where human capital is crucial. The second part of this article presents the importance of human capital in the construction of indicators of development and economic prosperity, which are used by both theorists and practitioners of economic policy. A significant part of the article has been devoted to the idea of valuing human capital in an enterprise, which further emphasizes microeconomic understanding of the value of human capital. Finally, the last part of the article contains an analysis of quantity indicators determining human capital in chosen national economies. The research period covers the years 1990–2013 and the countries analyzed include: Germany, the United States, Poland, the Czech Republic, China, Japan, Syria and Congo.