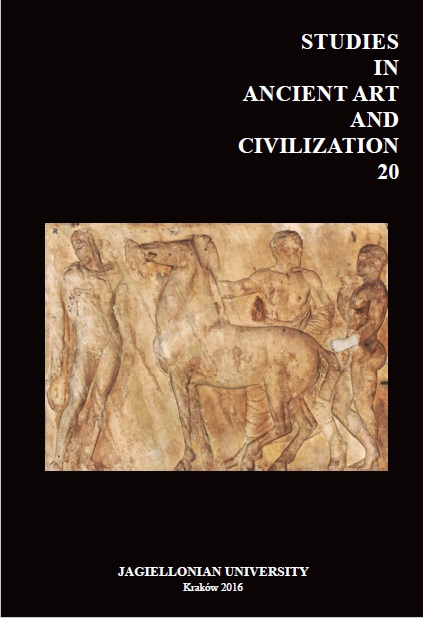 Summary/Abstract: In the first half of the 19th century, the Prince Stanislas Poniatowski (1754–1833) collection of engraved gems was considered to be one of the most outstanding known assemblages. However, its sale at Christie’s in 1839 was a disaster, as the cabinet turned out to include almost only neo-classical specimens and, thus, half of the gems did not go under the hammer. But these intaglios and cameos, and especially the themes they bear, portray in their beauty an effort to re-create a lost neo-classical world as reflected in the texts of Homer, Vergil, and other ancient authors. In contrary to other works on the Poniatowski gems, this paper focuses not on the collection itself, but on its impact on the later gem engraving. It presents two intaglios from the collection of the National Museum in Krakow. The first presents a scene of Hebe pouring out nectar for Jupiter (with an eagle behind him). The second depicts a crowned snake-god with the incorrect Latin inscription: VOT•SOL•CER. They are faithful copies of two Poniatowski gems. In fact, the first gem testifies to the great contribution of the Poniatowski collection to the reception of Classical culture, while the other is a falsification of the original which reflects a later collector’s aim to possess a ‘Poniatowski gem’.