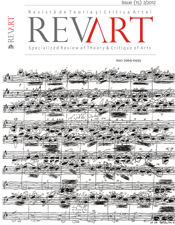 Summary/Abstract: Distinguished creative composer, uncomfortable thinker on musical phenomenon, very original teacher, musician deeply lied to the musical vanguard, Aurel Stroe is one of the most important personalities of the Romanian music through his original thinking and his deep, creative musicology, based on ontological foundations, which highlight the idea of being of the work of art (its integrity or its process of breaking out). The fact that he agreed to write about musical phenomenon he created is a rare gesture of his life, made with maximum care and precision, especially because it is attached to its creation. The text entrusted to the Twentieth Century magazine in 1983 is just a part of a large-scale interview that has not been published, of which this consistent fragment is a rich witness, the more valuable thinking about “Orestia” and the whole trilogy of Eschil.