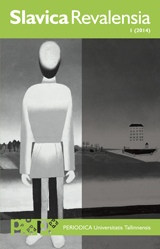 Summary/Abstract: This article suggests that the delay of the first night of Alexander Ostrovsky’s comedy "Bednost’ ne porok" (1854) in St. Petersburg can be explained by the fact that the playwright was deeply dissatisfied with the music of Wiktor Każyński, the author of popular polkas. From what we know from Ostrovsky’s correspondence, the playwright was skeptical about Każyński’s decision to use polka tunes in the version of the comedy meant to be staged in the Alexandrinsky Theatre. For Ostrovsky the very genre of the polka was deeply related to vulgarity, something Ostrovsky had always tried to avoid.