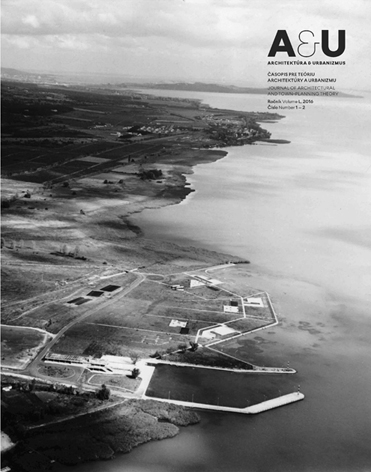 Summary/Abstract: “Balaton’s waves brought consolidation in even wider circles” – this quote from the famous lyrics of a song entitled “The Sixties” confirms that the development of the largest lake in CentralEurope had a pivotal role in the social policies intended to reestablish the socialist system in Hungary after the 1956 revolution. In parallel with the social consolidation after 1956, the starting development of the holiday resort opened a unique professional opportunity for architects to deal with regionalscale development alongside regional architecture in the frame of the centralised state system, although the most intensive development phase began only after 1968, in changing political conditions. The quoted text, in fact, expresses the highly ambiguous situation of the period, offering restricted freedom in the framework of socialism, and refers to the different and ambivalent memories in which the common subject is the extended development program around the lake, notonly in the wider public but among architects as well.The development started at the end of the fifties, at the same time as the end of the socialistrealist era, in other words the years during which modern architecture became legitimate. Young architects appearing on the scene after the war faced limited resources, technologies and finances at the beginning of the Balaton development, yet the relaxation of ideological pressure gave them the possibility of inventive formal solutions. A later member of Team X, Károly / Charles Polónyi, the Chief Planner of the south shore, presented the first results as a regional path towards modernism at the Congres Internationaux d’Architecture Moderne (CIAM) in Otterloo in 1959 and six years later these plans won the Union Internationale des Architectes (UIA) Abercrombie Prize.In spite of the prestigious awards achieved by the first phase of the realization, the broader architectural legacy of the Regional Plan and the current situation of the buildings reveal a far more debatable picture. Brie y put, the heterogeneous architectural quality resulting from the long realisation times and the damage to the natural landscape dating from this period, do not re ect the initial planning ideas. As a result, the judgement of the era’s architecture is ambiguous both inpublic life and professional arguments.From among the buildings of this area, only the Tátika Restaurant built in 1962 at the foot of the Badacsony vineyard is a protected monument, although the original structural elements have been destroyed, and vernacular elements added to the building. Indicative of the contradictory perception of this built legacy in the collective identity is how several of the buildings built in the framework of the awardwinning Regional Plan have been extensively rebuilt or reconstructed, or otherwise left neglected or empty, and only a few examples are used according to their original purpose or have been expertly renovated. If we contemplate the original condition of the buildings, we can observe that although these projects were realized in the framework of the Balaton Regional Development plan, the scale and the quality of the buildings are not homogenous, hence the aesthetical and technical quality is quite variegated.Architecture historians have only studied the successfully realized first five years of the planning process. Examining the entire regional development legacy from a recent perspective, it would be worth shifting the historical focus to the second part of the implementation. In order to understand the reasons for its distortion, it is necessary to reveal the background and to demonstrate the almost irreversible effects of changes in the concept of tourism on the highly sensitive recreational landscape. The subject of the paper is the late implementation project (Balaton Central Development Program, 1969) in the framework of the first Regional Plan (1958). The paper compares the initial regional idea and its late implementation process after the introduction of “The New Economic Mechanism” in 1968. Drawing upon archived design and plan documentation, memoirs and statistics, the examination should be a critical investigation and comparison of the different development phases, and should re ect the contradiction of the professional ideal under socialist economics and the reality of leisure policy implementation. Nonetheless, we should remember that in this case the ideal for architects and urban planners did not mean utopian monumental representation but an “ecological integration” of social policy and the natural qualities of the recreational landscape to be protected. In this professional vision, the special planning methodology needed the fragile connection between urbanistic regionalism and architectural concepts using the opportunity of the centralised planning framework of state socialism.