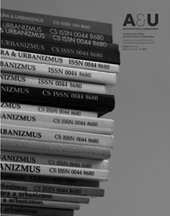 Konferencia O vedeckých problémoch architektúry z roku 1958 a jej možné rekapitulačné, generujúce a modelujúce línie
The Conference ‘On the Scientific Problems of Architecture’ in 1958 and Its Possible Recapitulating, Generating and Modelling Lines

Summary/Abstract: The study addresses the importance of the third scholarly conference organised in the 1950s by ÚSTARCH SAV under the title On the Scientific Problems of Architecture. The initiator of the conference was academician Emil Belluš, who invited important Czech and Slovak architects as well as art historians. The conference was divided into two thematic blocks addressing these questions: 1) What is architecture under socialism?, 2) What are the tasks of science in architecture? The text is a theoretical analysis of the basic concepts in these two blocks. At the centre of attention are the conceptualisations of architecture and the ideas of socialist architecture, science of architecture, and science in architecture. The important of the conference lay in its three underlying trajectories: recapitulation, generation and modelling. The first finding shows that the meanings and definitory procedures were not merely a result of the era’s demands, but retained many traditions of the (primarily) Czech interwar avant-garde. Secondly, it is shown that within the discussions themselves, there emerged new modifications of meaning and new intellectual forms. Thirdly, the paper reveals what the conference could provide as a potential model for the future.