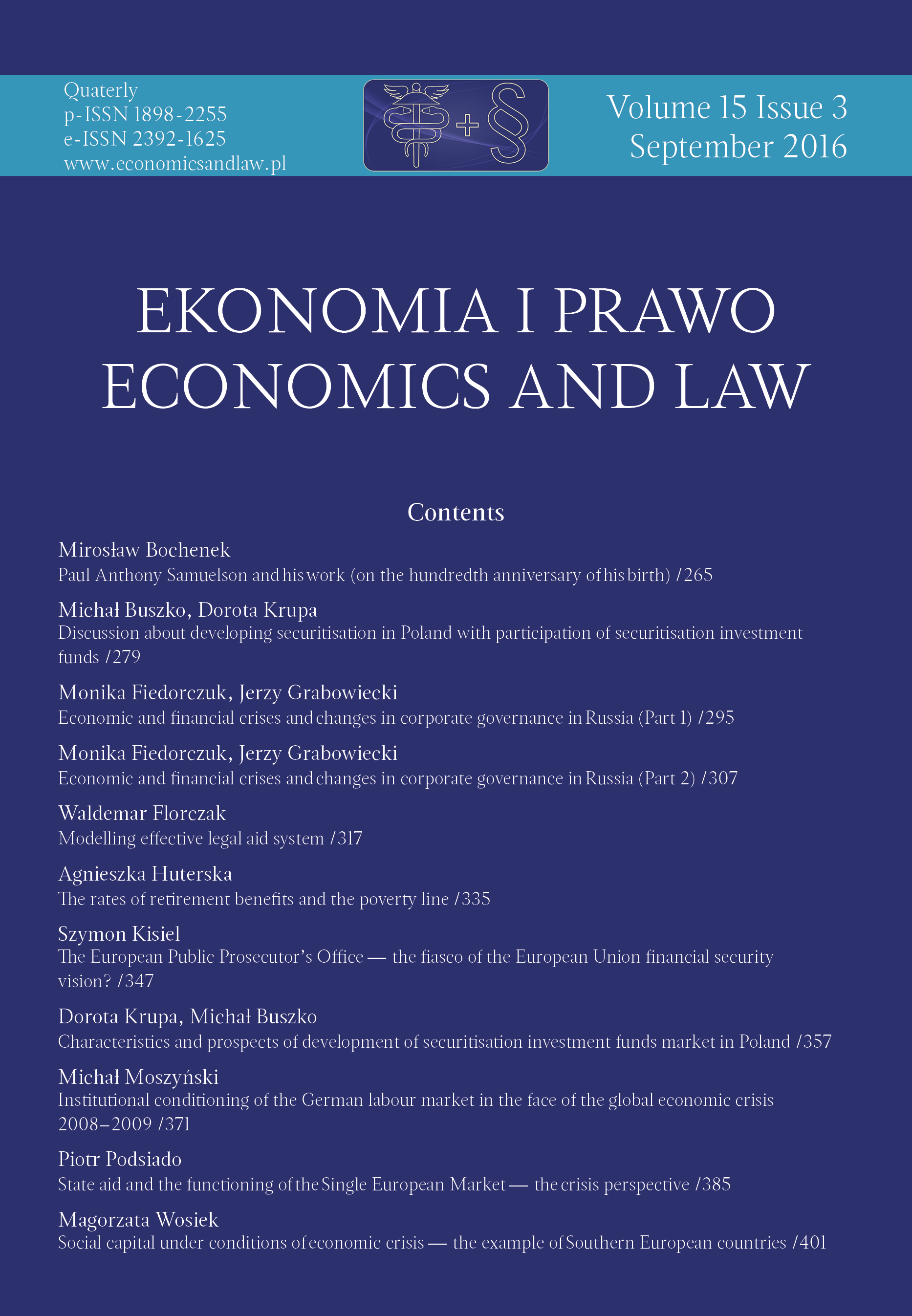 Summary/Abstract: Aim: The article is devoted to the problem of financial abuses and frauds that undermines the public finances of EU and public interest.Motivation: The problem is not new and it is known for several years. There is no doubt that investments funded by the EU are common. A huge amount of EU money is also a huge temptation and purpose of economic crimes. Over the years, the EU and the Member States already took some action to prevent from embezzlement of the EU budget. Until now, the main institution that coordinated the fight against these phenomena was the European Commission and its structure, especially the European Anti-Fraud Office. Fighting against economic crimes violating the interests of the EU is difficult for the procedural reasons. European investigators have no prosecuting power. Investigative role is limited to gathering evidence and transferring it to the national prosecuting authorities. After that European investigators lose the control over conducted case. The Treaty on the functioning of the European Union gives us another tool to fight the frauds. It seems that the solution is to establish the European Public Prosecutor Office (EPPO) with full procedural rights to prosecute violators. That’s why the general thesis is that EPPO should be established as soon as it is possible to help prevent EU citizens money in more effective way than it is today. However this could be a contribution for the next article concerning the economic analysis of the law and the impact of new regulations on security funds entrusted to the EU.Results: The idea of establishing an EPPO has almost 10 years and was initiated in the connection with the latest financial crisis. Unfortunately, despite declarations and attempts to start it in January 2015 it is still not known if and when it will actually work. The article also takes the issue of commitment and various visions of the Member States of achieving the EU budget safety and other problems on this ground.