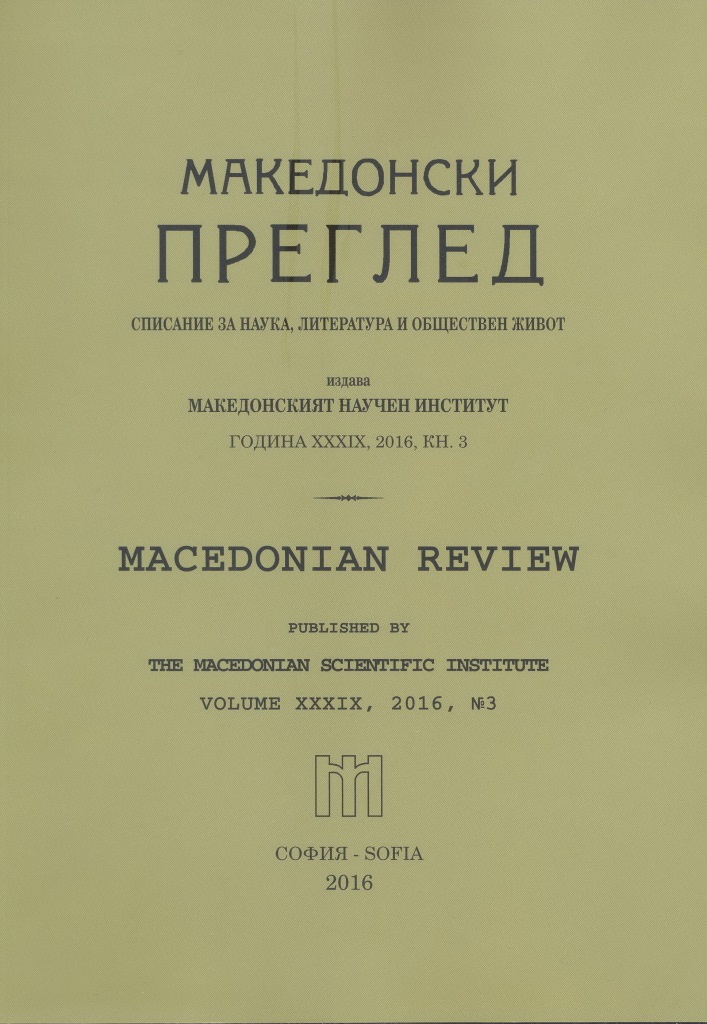 Summary/Abstract: This study follows, on the one hand, the origin and evolution of the security system in the People's Republic of Macedonia in the period from 1944, when included in the composition of the Yugoslav federation until the fall of this union in 1992. On the other hand, it outlines the attempts to reform these structures after rebuilding the Republic of Macedonia (1992), when the country goes the way of its independent existence. In the period 1945-1991, the PRM / SRM is one of the constituent Yugoslav republics and is entirely under the tutelage of allied federal authorities and institutions. There is no possibility of forming its own domestic and foreign policy, armed forces and other structures identifying its autonomy. On the republican level the security system has limited functionality and rather local tasks and the level of allied Yugoslavia this system is well developed and managed fully operational, defending the foundations of Tito's regime and its successors. The totalitarian political regime plays a decisive role in building security structures in the People's Republic of Macedonia / Socialist Republic of Macedonia until 1991. OZNA / UDB (State Security) is fixed in the formation of a unified socialist “Yogoslav” identification having a supranational character. The Communist Party in the face of SYUK / SCM is the main unifying factor and immovable pillar of the federation and the republic. State authorities power (army, police, intelligence services, judiciary) are at its disposal. The evolution of these security structures is directly dependent on political changes and any subsequent constitutional project in the Federative Yugoslavia, which implies changes in the security of federal and republican level. Targeted anti-Bulgarian policy of security services in PRM/SRM led to a total misconception regarding the real threats to the security of the country. In an effort to pursue the population with Bulgarian ethnic identity, Macedonian security forces “sleep away” incipient invasion of Albanian ethno-political factor. This steady trend determines the character of OZNA / UDB within the PRM / SRM and beyond. It can be definitely qualify as repressive, centristic and xenophobic. In 1991, the Republic of Macedonia was proclaimed, but now as a pro forma (quasi) independent state chosen “democratic” path of development. In comparative terms, we observe a similar state-creating process to that which was implemented after 1944. There are similar processes, but realised in various historical periods and under various conditions. After 1991 the security system of the Republic of Macedonia is built, institutionally and in terms of personnel, in close continuity with security structures of “Tito's Yugoslavia.” Remaining with the established totalitarian models, the arrangement of its priorities lags behind the new socio-political realities, changed values and interests of the country, which is a prerequisite for the crisis of 2001 and the subsequent Ohrid agreement in the autumn of the same year. A number of facts show that since 1990 until today, the repressive nature has not changed of the security services in the Republic of Macedonia. The methods of intimidation, persecution, habituation, squeezing illustrate inadequate implemented reforms in these structures. Permanent tension in the country, acute political crisis and emerging risks and threats (e.g. the refugee wave) before security are tangible evidence of the need for urgent and adequate reforms in the security system of the Republic of Macedonia.