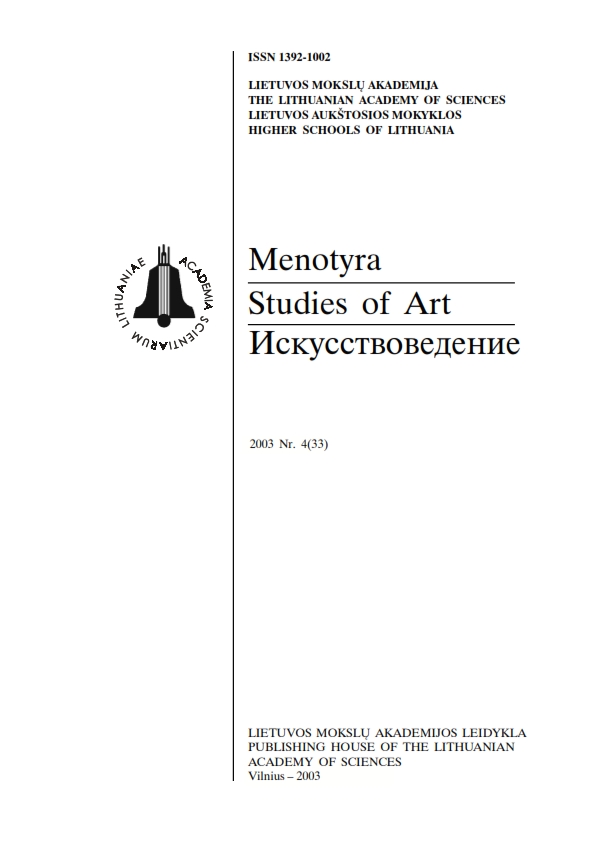 Teatras kaip komunikacijos sistema
Theatre as a system of communication

Summary/Abstract: The article discusses the issue of theatre as a specific communication system. It builds on the considerations of the theatre theoreticians Anne Ubersfeld and Christopher Balme, which may serve as the basis for a more active interest of Lithuanian theatre researchers in sociological discourse and the reception of theatrical art. The article stresses the role of the spectator in the communication processes. The attention of European theatre scholars to communicational aspects should encourage Lithuanian theatre studies to expand the research horizons and to have a closer look at the spectator, the third element in the model of communication in the theatre. In the Soviet ideological climate, the spectators were viewed as passive perceivers. Their activeness was manipulated to carry out political tasks, when mock public attacks condemning the work by one or another artist were organized. The recognition and knowledge of the audience as a leading actor is an important issue both for theatre creators and theatre scholars - the spectator is to be viewed as the co-author of the meanings of the performance, as a selective interpreter of them, and finally as a consumer either securing or not the commercial success of a specific production. It is evident that the studies of theatre as a system of communication should become more active and encourage collaboration with scholars in other fields. Interdisciplinary studies would allow a better evaluation of the changes experienced by Lithuanian theatre in a radically changing society.