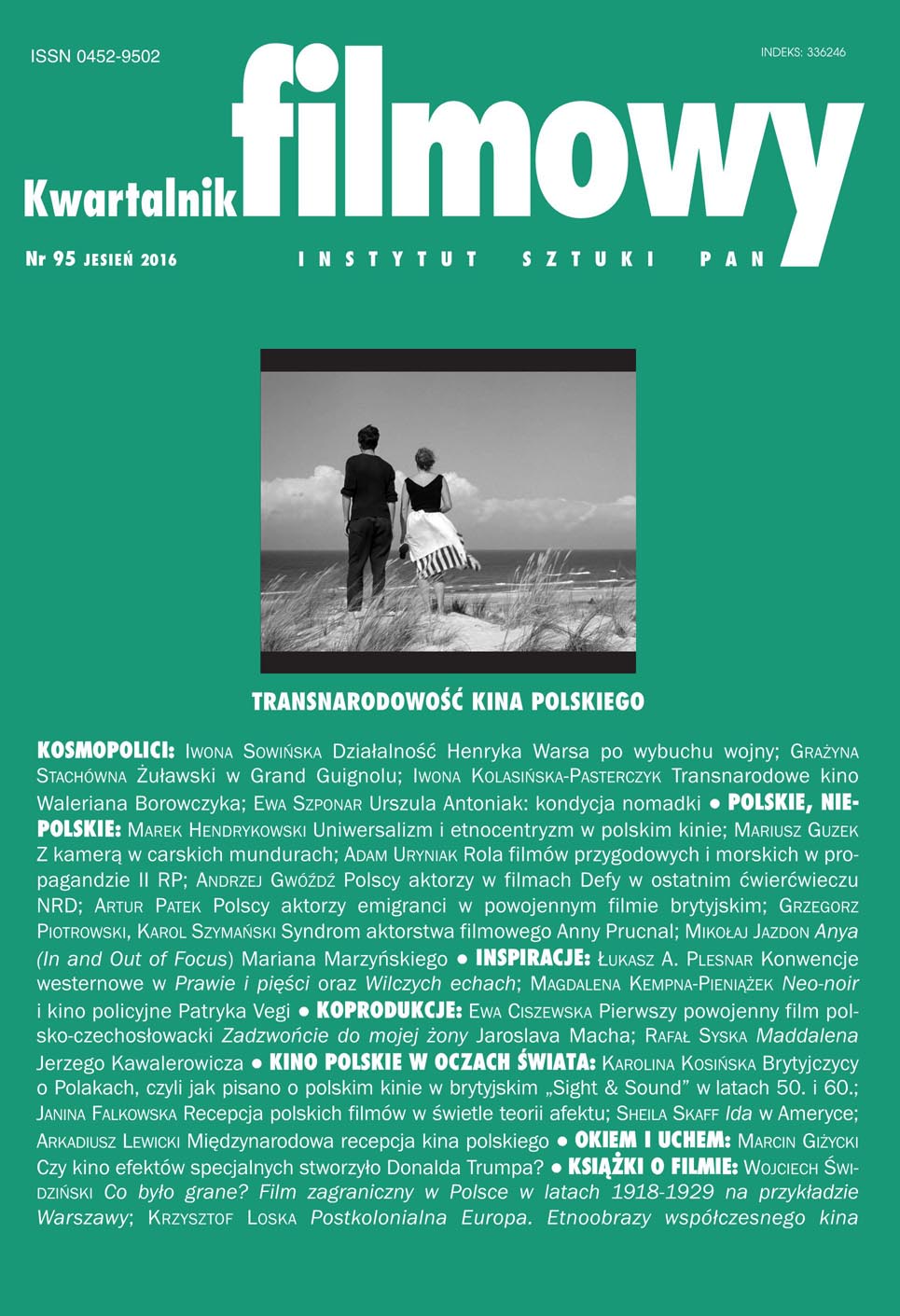 Summary/Abstract: In February 2015, Polish filmmaker Paweł Pawlikowski brilliantly accepted an Oscar in front of a boisterous Hollywood crowd and 36 million television viewers for a ruminative film about silence and contemplation – in his words, an anti-cinema film. His film, “Ida”, is an Ozuesque narrative, set in Poland in 1962 and filmed in seductive black and white, about an 18-year-old novitiate and her hardened aunt who set out to find the graves of their murdered Jewish family members. The evening was the culmination of nearly two years of film festivals and private screenings, reviews and interviews, translations and explanations for each of the filmmakers. It was also a time of public outcry, as “Ida”, the anti-cinema film, is also an anti-modernity film, which uses symbolism and aesthetic properties rarely seen in Western cinema to denote spiritual identities within debated historical contexts. In her article, the author compares the reception of “Ida” to that of several of the contemporary films that have been shown recently in New York City including “Walesa. Man of Hope”, “Aftermath”, “Warsaw 44”, “Warsaw Uprising” and one of the nominated documentaries, “Joanna”. Skaff sheds light on the reasons that this film was chosen above the others to receive the film world’s highest accolades and how a film that polarized viewers in its native country could draw unprecedented support among film-goers and cultural critics in the United States.