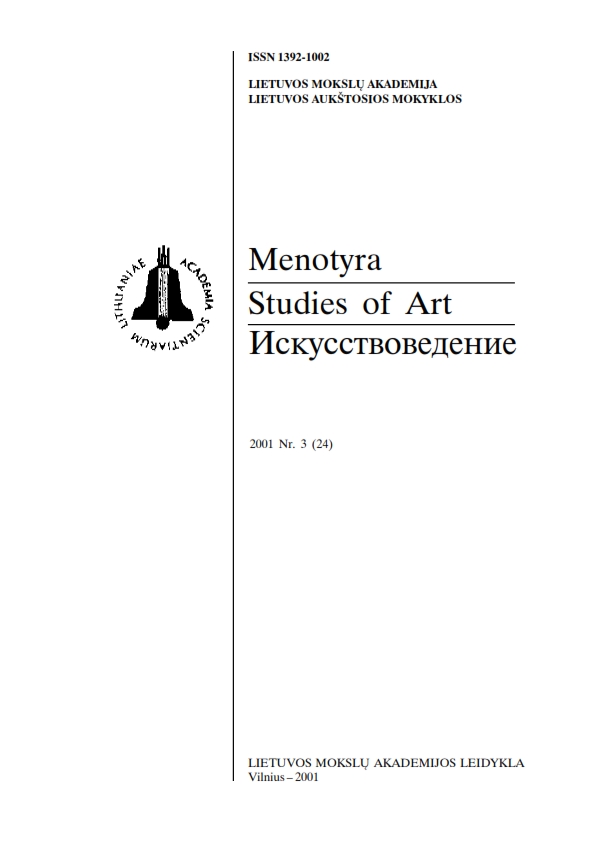 Summary/Abstract: The article explores the late Medieval musical life in Lithuania. Scanty resources and facts by which one can reveal the specifics of musical life, also early contacts and influences that came from the other countries have been analyzed. It is an attempt to reconstruct the musical culture as well as to indicate the traditions of the Lithuanian Grand Duke's court, which extends back to the 13th c. - the years of establishing the Lithuanian State. Important are the assumptions about the national and international traditions of music.In the ruling years of Grand Duke Vytautas, musical contacts with the Order of the Knights of the Cross and Poland were more intensive; it was the period when culture of Latin origin accelerated in Lithuania. Considering the period before the reign of Grand Duke Vytautas,there are only scattered facts that have remained until today; they reveal some important traits of musical life in the Lithuanian Grand Duke's Court. Moreover, as these facts reveal connections with the cultural life of other countries, one may look for the parralels and analogies and thus fill the gaps of Lithuanian musical life. Of course, early Lithuanian musical life is not to be compared with major centers of European culture; it represented the margin of this phenomenon, though at the same time it infused the variety of its forms. The article also aims at revealing the influences of Turks, Tartars and other nations that stimulated the phenomenon of Sarmatic culture.