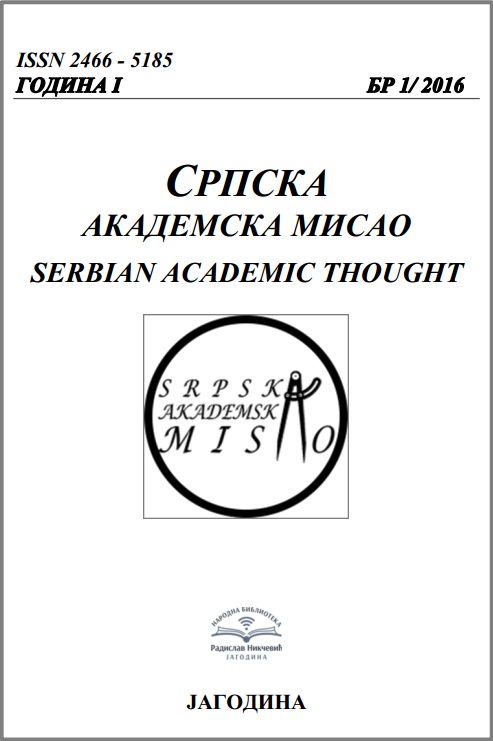 Summary/Abstract: Krusevac has emerged as the market is probably around year 1200. Around this time he got his first church, which was located in the present ports, around the monument to Prince Lazar. As in the Middle Ages was the custom only market town developed around the church. Knez Lazar is close to the old church, probably 1377/8. the court's built a new church. Stefan known as Lazarica. It is not clear whether the old church was already demolished or later during the Ottoman rule. Ottomans Lazarica used as a warehouse but is not transformed into a mosque. Kruševac at the time of liberation in 1806 had two churches - Lazarica and the other was located in today's barracks Cara Lazara. According to tradition, this second church was destroyed by Serbian rebels because it contained a tomb with the inscription Vuk but they thought it was a Vuk Brankovic. The iconostasis and other trappings of the church were transferred to Lazarica, which had not previously been in operation although there is the possibility that renewed in 1804. During the period from 1806 to 1813 the church was probably slightly renovated and has got a bell, cast in Belgrade Foundry that she was giving himself Karađorđe. Although there were attempts to empower the church for the service immediately after the liberation of the last days of 1832, the church was arranged only in the spring of 1833 and consecrated in early summer 1833. According to the observations of Mikhail Valtrovića Lazarica was probably painted in the Middle Ages because he was in 1888 discovered the remains of old murals in the dome part. New paintings he did Zivko Pavlovic 1843, just before the 1844 finished the iconostasis in the same church.