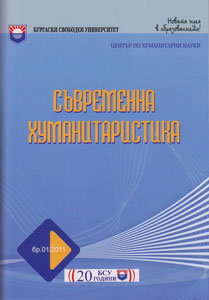 Summary/Abstract: Postmodernism sees and looks in the events their self-sufficiency through constructing artifacts, and this is what creates manipulative potential. The blurring of the boundary between the scientific and everyday life matters fills the language of the newspapers with colloquialness, and the invasion of the kitsch originates the yellow press and makes the tabloids leading ones. The fundamental tools and charactersistics of the modern media technology are that they are multichannel, widely used and of very high speed of circulation and localization. The newspaper media discourse is characterized by three types of asymmetry: quantitative, private communicative and intentional. The freedom of speech is becoming a new form of tyranny and raises issues related to the vulnerability of the recipient.