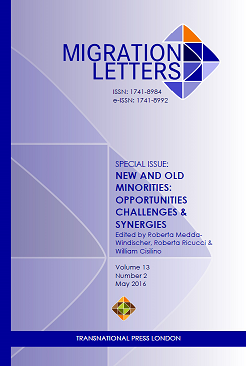 Summary/Abstract: According to Will Kymlicka, only historically and territorially bound “national” groups can engage in a “nation-building” process. Recently arrived immigrant groups cannot, as they have neither been able nor willing to do so. In this paper I argue, first, that such empirical facts are insufficient for the normative conclusions Kymlicka defends; and second, that if his ultimate goal is to achieve better “terms of integration” for immigrants, he cannot deny them the right to attempt their own “nation-building”. As an illustration, the paper describes Kymlicka's own thought-experiment of Chinese immigrants in Canada pursuing a nation-building-process equivalent to the Québécois. It explores how criteria for advocating group rights other than history and territory – merit, participation, or need –avoid treating old and new minorities in an arbitrarily asymmetric manner.