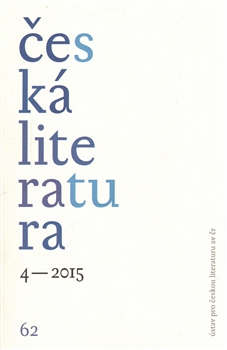 Iniciační cesta na Jih
Journey of initiation to the South

Summary/Abstract: This study focuses on the interpretation of Holan’s poetic composition Toskána from an intertextual perspective, primarily following the intertextual relations and connections with Dante’s Divine Comedy. The wanderings of the lyric hero of Toskána can be interpreted as a journey of initiation to the South, on which he is summoned and subsequently guided by letters from the mysterious Gordana. However, at the end of the story, when it now seems that this “belle dame sans merci” is unattainable for the lyrical hero, she appears in the form of Death. The hero’s death in Mozartsburg opens up a broader semantic context, i.e. the relationship between poetry and music in Holan’s reflections on Mozart and music in general.