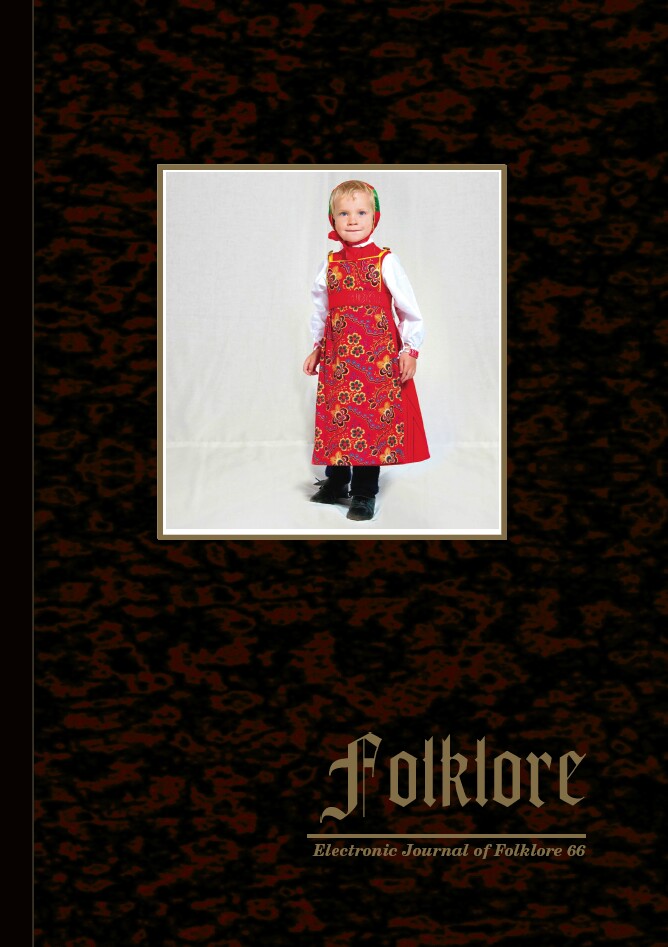 Summary/Abstract: The article provides an analysis of the role of the folk costumes in the attempts to revitalize an authentic cultural identity within a geographical region and to oppose the effects of external cultural influence. The inhabitants of La Huasteca region in Hidalgo, Mexico, perceive Halloween – imported to Mexico through international migration and media in the decade of 1980 – as potential threat to the local tradition of the Day of the Dead. The costumes used for the Miss Cempoalxóchitl contest, a pageant performed on November 1 and initiated in Tehuetlán in 1989, display important items of the celebration to reinforce the Day of the Dead ritual, to rebuild La Huasteca region and the Huasteco identity, and to create a direct kinship with the Toltecs. This ritual, celebrated once a year to gather the living and their dead relatives, has economic, cultural, and social functions, which are fostered through the Miss Cempoalxóchitl beauty pageant.