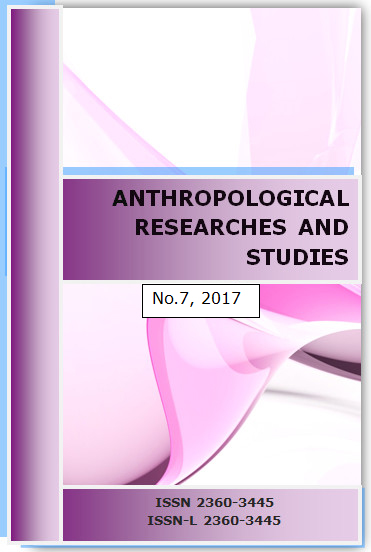 Summary/Abstract: Objectives. This study examines the anthropometric characteristics of the cranial series from the necropolis around the “40 Holy Martyrs” that dates back in the second half of the 13th -14th c. AD, revealing new data about the population of the capital of the second Bulgarian Kingdom.Material and methods. Determination of the morphological characteristics of the studied population was based on craniofacial anthropometry. The measurements were performed using the standard spreading caliper with scale. The analysis is concentrated on the male series.Results and conclusion. Cranial index (mean value – 78.25) describes the series as mesocranial, a result supported by the distribution of its values. Brachycranial and hyperbrachycranial skulls represent 23.1 % of the studied population, while dolichocranial ones – 15.4 %. The length-height index (M = 73.1, orthocranial) presents a distribution of values with most cases included in the orthocranial rubric (76.9 %). Distribution of high breadth index and correlations with the height, from the porion show high variability. Facial profile is orthognathous (one strongly divergent skull). Faces are relatively broad, considering the mean value of the facial index (84.4, euryprosopic), but its distribution has 44.4 % euryprosopic faces, while in 22.2 % of the cases the length prevails (determining leptoprosopic faces). The use of the Virchow’s method increases the proportion of faces for which the height is predominant. The latter results are confronted with those obtained for the upper face height. Orbital index describes the series as mesoconch, nasal index divides it equally between the chamaerrhine (broad nose) and leptorrhine (narrow nose) categories. Scarce data existing for the females point to a rather homogenous structure of the series.