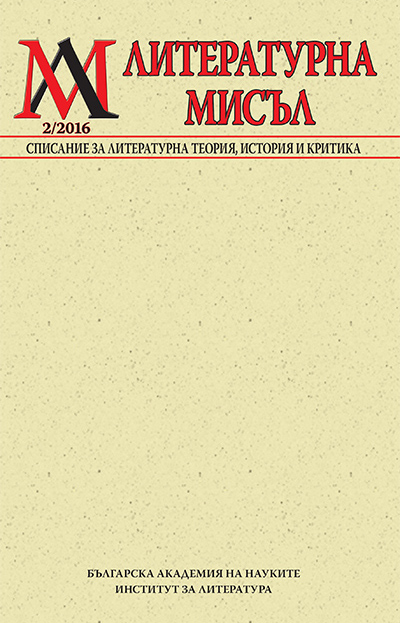 Summary/Abstract: The 18th century in the Balkans is generally considered as a transitional stage from the late Middle Ages to the Enlightenment or the National Revival period. Research apparently focuses mainly on the “progressive” features of historical personalities – those features that announce the future. This appears to be the case also with Partenij Pavlovič, a cleric of Bulgarian origin in the service of the Serbian churches of Peć and Karlovci: many scholars characterize him as an early exponent of Enlightenment and National Revival in the Balkans.However, a close and critical reading of his autobiography and the autobiographical marginalia he used to add to some medieval manuscripts reveal that he was, in fact, a rather bigoted advocate of a conservative brand of Orthodox Christianity. His worldview was far remote from rationalism, secularism and religious tolerance typical of Enlightenment thinking. Partenij repeatedly triggered quarrels with representatives of the Catholic church about the notorious question of the filioque, which according to him is to blame entirely on the Rome. He thinks – as did, by the way, also the Patriarchate of Constantinople – that Ottoman rule is imposed by God to punish the Orthodox Christians for their sins, most likely for their preparedness to accept a reconciliation between the Churches of Rome and Constantinople and their reunification under the authority of the Pope. He strongly believes in the miraculous healing forces of icons and relics. He also seems to be convinced that earthquakes and other natural calamities are deliberately caused by God to punish Catholics who want to turn Orthodox churches into Catholic ones. Partenij looks forward to Peter the Great liberating the Balkan Orthodox Christians from Muslim dominance, but there is no trace of any Bulgarian or Slavic ethnic, let alone national awareness. Cyrillus and Methodius are venerated by him as Christian proselytizers and wonder-workers; there is hardly any attention for their role as the creators of the first Slavic alphabet and the Slavic literary language. Bulgarian and Serbian kings and tsars are referred to solely as protectors of Orthodox Christianity. There is no interest whatsoever in Peter as a reformer; he is perceived exclusively as a tool in the hands of God in order to fight Swedish and Turkish heretics. This might be disillusioning to those who prefer (as I do) Enlightenment to medieval religious obscurantism, but one has to accept the prevalence of the latter in the 18th-century Balkans if he or she wants to grasp how Partenij – and evidently most of his contemporaries – perceived the world around them and responded to it.