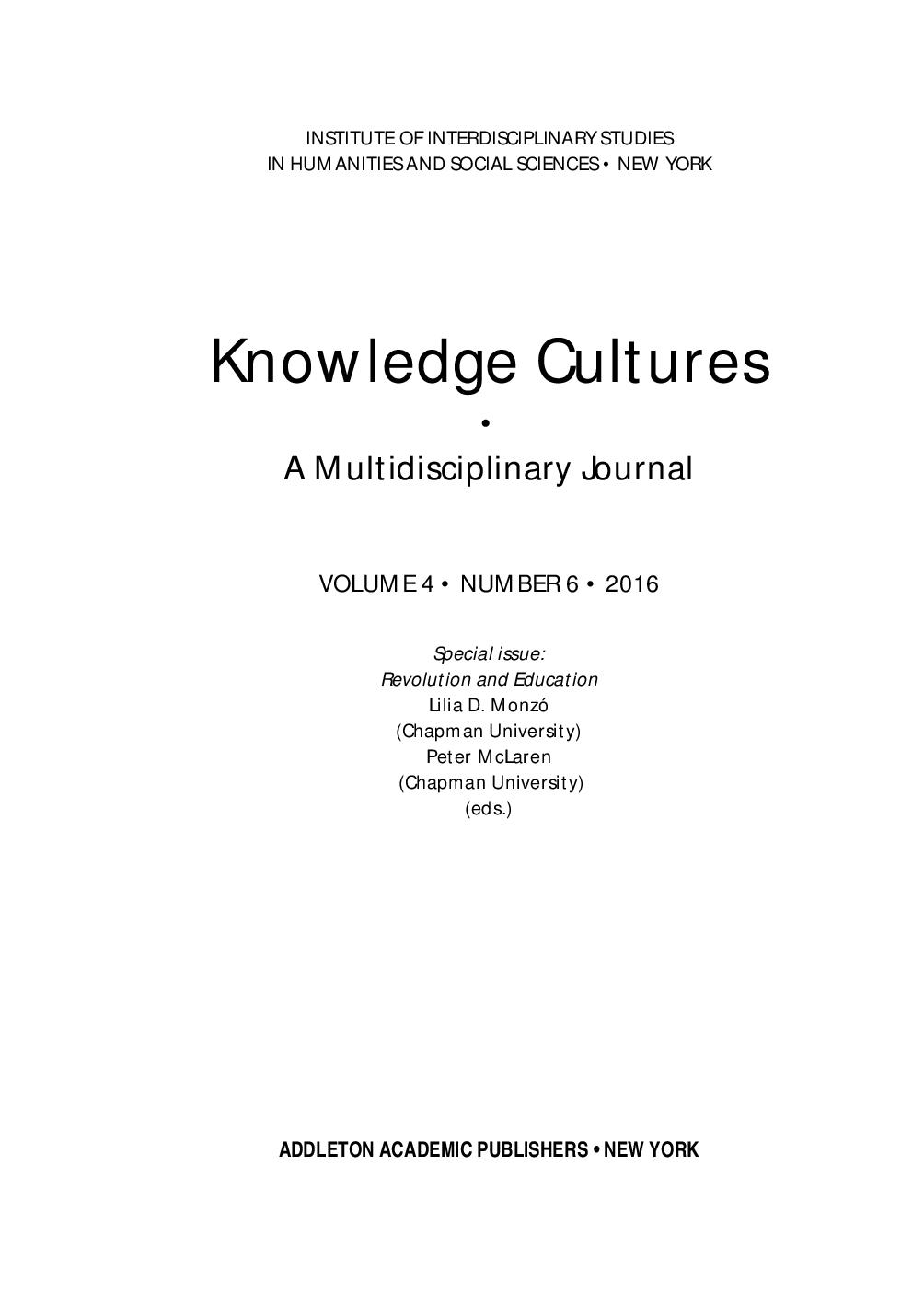 Summary/Abstract: The following essay seeks to contribute to Marxist educational theory by offering a systematic analysis of Marx’s (1867/1967) ‘General law of capitalist accumulation’ as outlined in Chapter 25 of the first volume of Capital. Underscoring this analysis is the beginning of a systematic examination of the second volume of Capital, which takes the circuit of capital as a whole as its object of examination. This unique focus pushes the Marxist revolutionary pedagogy advanced here, as we will see, toward the controversial concept of the planned economy. The form such a Marxist pedagogy takes is necessarily the Party, a conclusion, which follows the work of Derek Ford (2013; 2015).