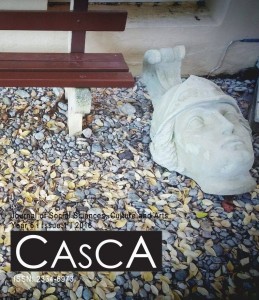 Kazuo Ishiguro’s The Remains of the Day: Colonial Elements and History in the Field of International Relations
Kazuo Ishigurovi "Ostaci dana": kolonialni elementi i povijest u području međunarodnih odnosa

Summary/Abstract: In this paper we deal with the issue of postcolonialism in the novel The Remains of the Day, by Kazuo Ishiguro. Postcolonialism is transposed to the field of international relations by the events described in the novel. We will observe the relationship between Britain, on the one hand, and France, Germany and the United States on the other, respectively. The fictional events point to the real-life events that surround the fall of the British Empire. This makes The Remains of the Day historical metafiction. The rise of America is also presented, describing its establishment as a neocolonial force. Thus, we shift back and forth in time; Ishiguro introduces three temporal levels – the past, or the time of Darlington’s international conference, the present, or the time after the Second World War, lived by Stevens, and the future, which is presented metaphorically through the events in the novel.