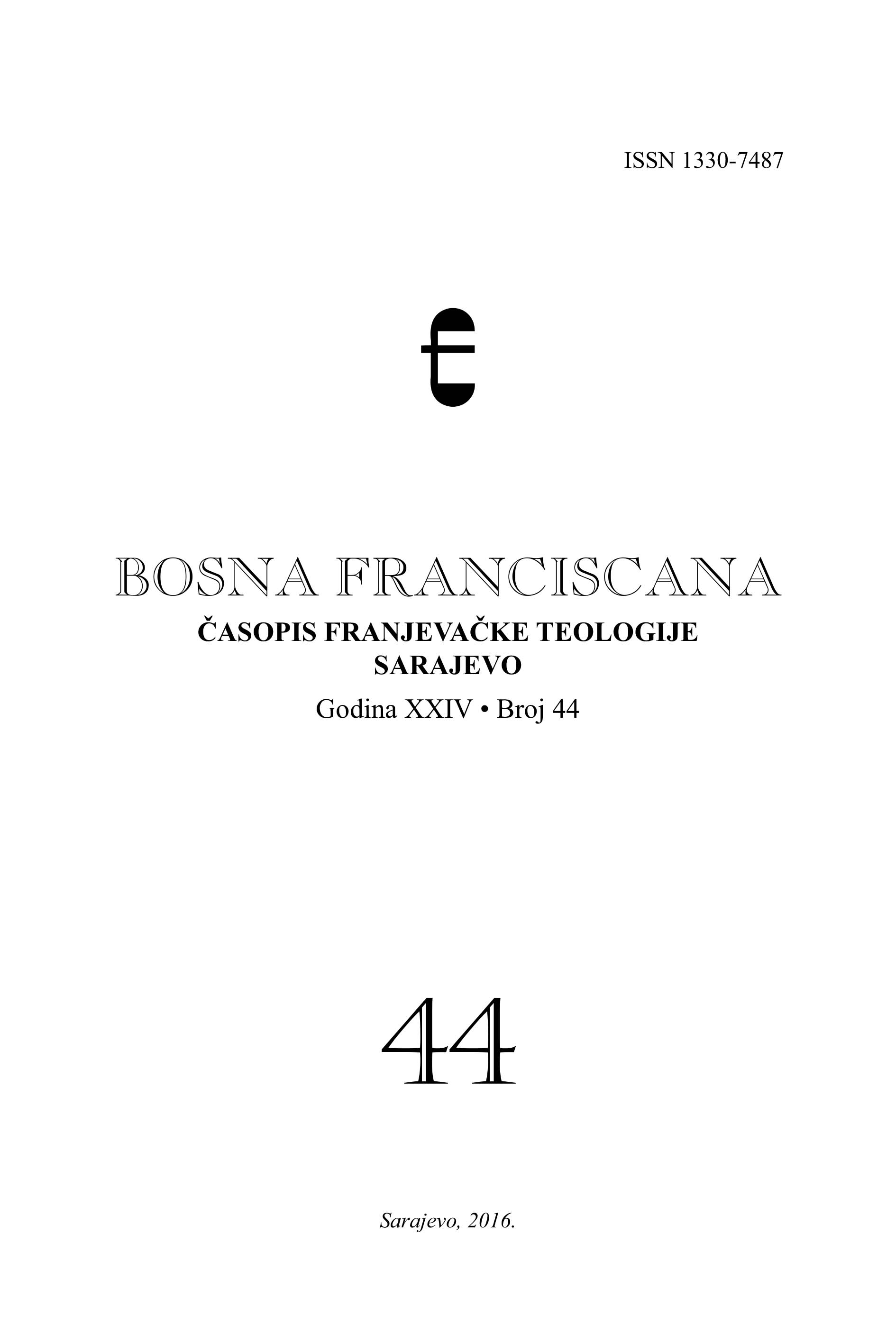 Summary/Abstract: Paper analyses Ivan Aralica’s novel entitled Duše robova which describes the miraculous defense of the town of Sinj against the Turks in year 1715. The paper cites data about historical situation in Croatia at the end of 17th and at the beginning of the 18th century with special attention given to the situation in Dalmatia. Information which Aralica cites is compared to historiographical literature on the defense of Sinj from the Ottoman army. While describing the battle, information about the opposed armies, Ottoman military operations and the description of the destruction left by those operations in the Cetina Krajina are taken into consideration. Central place in the paper is given to the story of Our Lady of Sinj which has characteristics of both a historic tale and a legend. The story is about Our Lady’s protection and strength that she gave to the defenders in the critical moments of the battle of Sinj. Her painting was brought to Sinj from the monastery of Š ćit situated in Rama in Bosnia and Herzegovina by the Franciscan friars led by Fr. Pavao Vučković during the migration of Catholic people from Rama to Dalmatia in 1687. Franciscans also had an important role during the defense of Sinj when they remained alongside the inhabitants of Sinj encouraging and comforting them during the diffi cult times. Fr. Pavao Vučković and Venetian army chaplain don Ivan Filipović-Grčić, who bravely turned down the Ottoman offer to surrender, distinguished themselves with their actions during the battle.