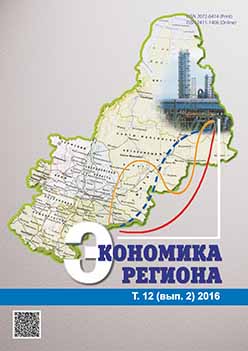 Summary/Abstract: The generalization and systematisation of the literature on the history of reforms accumulated for twenty years allow toorganise the ideas of the transformations processes and to set a new vector of understanding the socio-economic development ofRussia in the last decade of the 20th century — the first decades of 21st century. The first step is the analysis of the publicationsreflecting the preparation, a course and results of a modern economic reform in the 1990th. The historiographical review includesthe monographs written by both apologists of «shock therapy», and their opponents and critics, first of all by Academicians ofthe Russian Academy of Sciences. This literature analysis reveals the range of opinions concerning the preference of a «shock»variant of transformations, the assessment of the results of the reform by the end of the 1990th and the possibilities of thealternative ways of transition from the planned to the market economy. In particular, the apologists of «shock therapy» referto the threat of hunger and civil war to justify the decisions, which have caused the decline in production, a hyperinflationand other negative tendencies. Their critics note that a lack of the support of the population has caused a failure of markettransformations. While recognizing the obvious, that is an essential deterioration of economic indicators, the apologists see theirsuccess in the development of a system of market institutions and consequently, insist that there was no alternative to the realizedreform. In turn, their opponents believe that there were the alternatives of «shock therapy», and the gradual cultivation of theinstitutions of the market economy would be their distinctive feature, but not their introduction by the administrative order