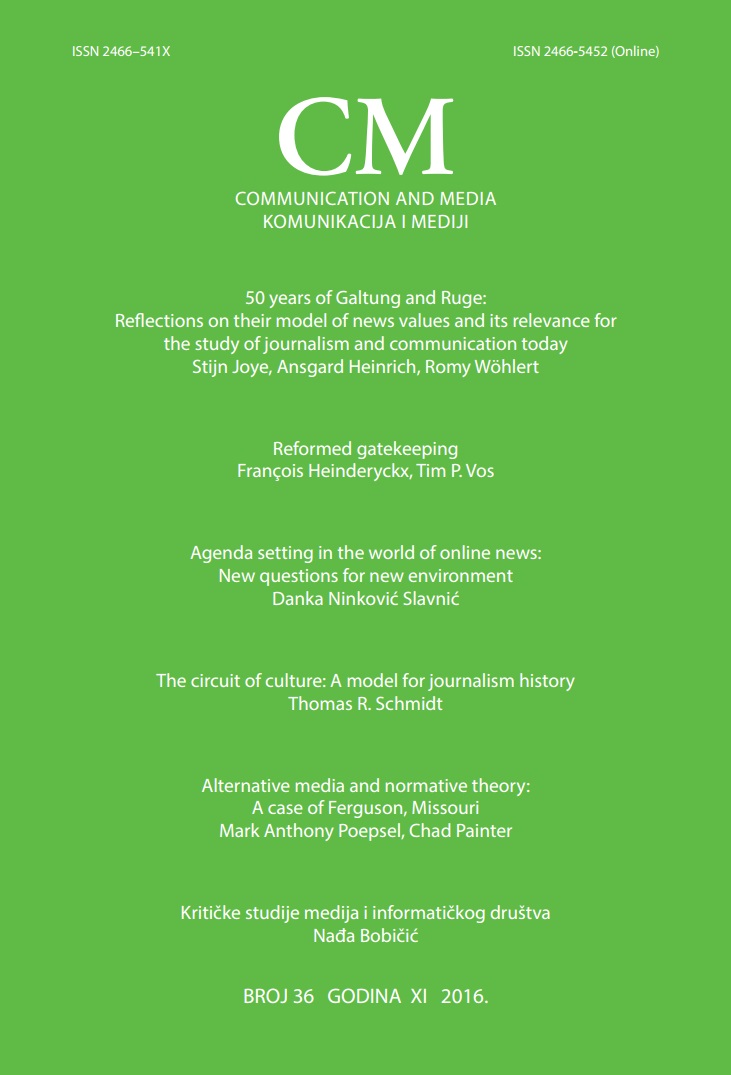 Summary/Abstract: Abstract: In 1965, Galtung and Ruge initiated a rich strand of academic research on the notion of news values and the practice of gatekeeping in a context of international news reporting. Since its publication, many scholars have criticized, revisited, and put their findings to the test, often leading to somehow conflicting conclusions. In general, some studies tend to confirm their findings while others have uttered methodological concerns or came up with new or additional sets of news factors, hence arguing for a further specification of the model. In recent years, scholars also pointed towards the increasing impact of digital media on journalistic practices of news selection. Likewise, new perspectives on global journalism were introduced into the debate. In this article, we bring together these different perspectives in order to inform a broad discussion on Galtung and Ruge’s legacy for the field of communication sciences in general and studies on journalism and international news selection in particular. We first assess how Galtung and Ruge’s hypotheses hold up in an era of unlimited data. Second, we reflect on the need to integrate changing societal and cultural contexts of news selection, production and reception to understand news values today. Third, with contemporary journalistic practices and research in mind, we suggest an agenda for the study of news values in an era of global journalism.