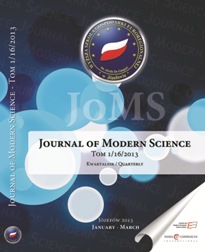 Summary/Abstract: Article is to present the various aspects of the political neutrality of officials as a factor in the functioning of state administration and local government, in particular in the light of systemic, political and social changes after the year of 1989. Discussed how important in shaping citizens’ trust in public administration activities is political neutrality (impartiality) as a factor directly affecting the quality of administrative and legal service of the citizens. Also addressed the basic regulation of the activities considering state officials, especially in the light of implementation of the legislature political vision. Briefly introduced legislation on the civil service and the purpose of its establishment, as well as the principles which should guide a members of the civil service while performing their duties. In the final part of the article there is shown the moral problem of a need to act in accordance with the law and simultaneoulsty implementing regulations compatible with current government law interpretation policy