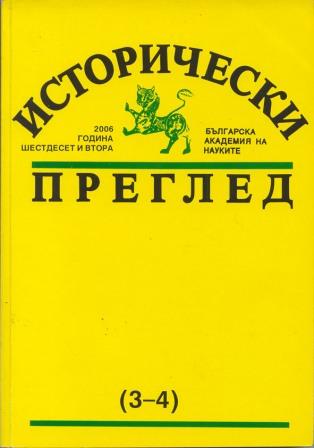 Summary/Abstract: However, he never broke communication with his compatriots in the motherland or among the emigrants. This communication was particularly intensified in the late 1860s and early 1870s. Zhinzifov managed to contact activists of the Secret Central Bulgarian Committee in Bucharest who invited him to become the editor of the Narodnost newspaper which they published, and he sent poems of his to be published in it. In 1868 he was closely involved in the initiative of the SCBC in Russia to raise funds for the victims of Midhad Pasha.s repressions in 1867. Rayko Zhinzifov also took part in the activities of the Bulgarian Literary Association in Braila. He participated in its annual meeting in 1870 where he showed his sympathy to the problems of the Association and declared his readiness to work wholeheartedly for its stabilisation and progress. Thus, although declaring that he voiced his support for the .Elder. in his letters, in Moscow he actually kept in touch with the “Young” of Bulgarian sociopolitical life.