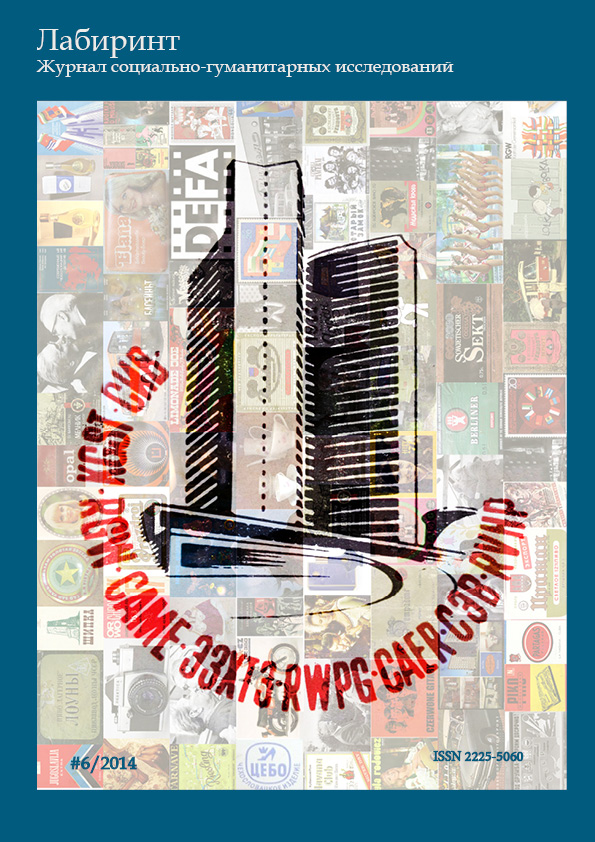 Summary/Abstract: In the USSR, media in general and print magazines, in particular, have been designed to create views, patterns of behavior, cultural norms and practices of consumption. Thus, in Soviet Russia, propaganda stereotypes of the new Soviet women throughout decades maintained the image of an “emancipated” woman, i.e. an employed woman with other duties like unpaid housework and child-rearing. In this regard, the images of women of Soviet Russia featured ambivalence of gender orientation of clothes and behavioral roles. They were being reproduced from generation to generation, according to the gender schema theory by S. Bem (1981). This article aims at revealing whether images of women in print magazines are consistent with pictures of Soviet women in other socialist countries, in particular, in the GDR. Thus, I wish to discuss the transfer of patterns of behavior and consumption in print magazines in the "developed socialism", which corresponds to the period of the 1970s. To what extent do magazines affect women in a unified way? Are the images of women dramatically different in popular magazines in other (capitalist) countries? The findings indicate a discrepancy between women’s images in Soviet Russia and East Germany .