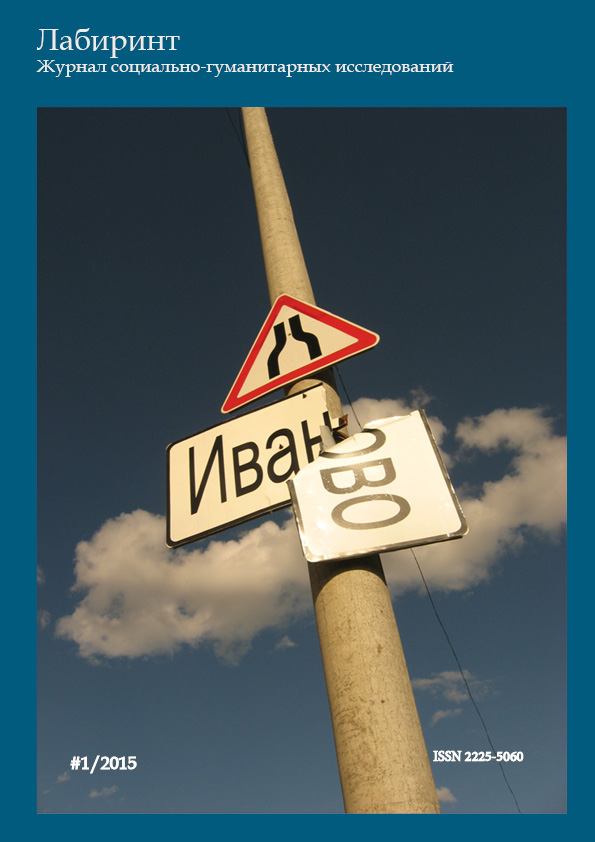 Summary/Abstract: The article considers public monuments in a rhetorical perspective – as manifestations of local identity, or statements about the nature and mission of the city. It is demonstrated that there exist two competing monumental rhetorics in the urban environment of Perm. The industrial-military rhetoric unites an extensive group of monuments dating back to the Soviet era and those newly erected. Such monuments inscribe Perm into the heroic discourse of the Soviet epoch. Although the soviet memorial policy used to be universal for the whole state, in Perm it is not lacking for local individuality. Here, in particular, instruments of production and sample armament are displayed in the function of monuments. An alternative to this industrial-military rhetoric could be viewed in that of ‘Perm the Great’ (Perm’ Velikaya). It aggregates monuments appealing to the archaic heritage and ancient history of Perm Krai. This group of monuments suggests an image of Perm as a successor to the ancient culture, a city that made a special contribution to the history of Russian culture. Rhetoric of ‘Perm the Great’ was actively developed in the 2000-s. One of its distinctive features is the motive of Permian animal style. These are employed both in sculpture and in architectural decorum. The article establishes that the urban environment development highlights the multi layered and multidimensional nature of the city identity and its irreducibilty to a common denominator. Likewise, territory images construction, though sometimes acquiring a form of the search for a metaphysical substance of a city, such as Genius Loci, is in fact a ground for struggle and competition of various social, professional and political groups.